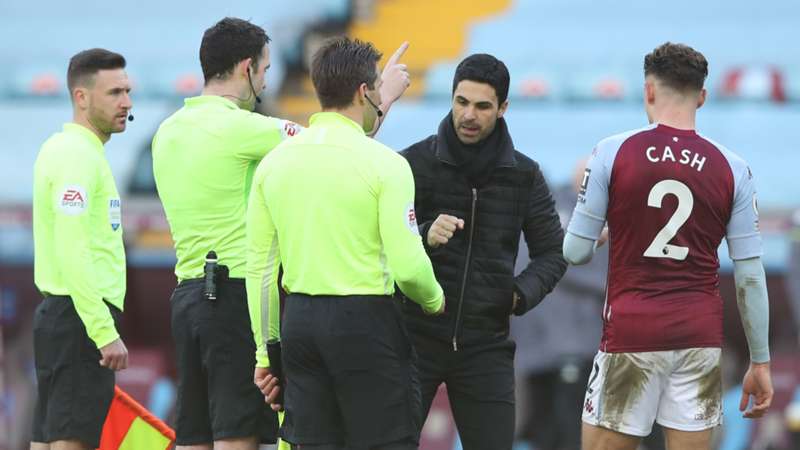 The Gunners' manager lamented lapses that led to Villa's victory.

Arsenal dropped a 1-0 decision at Aston Villa on Saturday, and manager Mikel Arteta says his players lost the game.

Arteta feels the team played well enough to win, but mistakes cost the north London side dearly as they rattled off their second straight Premier League loss.

"I'm extremely disappointed to lose and the way we lost it," Arteta told BBC Sport. "We were the better team. We controlled every department, but we gave them the ball. We gave them another three big chances. Then when we had to score the goal, we didn't find the right pass or the right shot.

"They were better in the boxes, and that's how you win games. We created enough opportunities. We didn't score. We cannot win the game."

The manager's feelings are backed up by the match statistics, which tells the story of an Arsenal side that dominated possession (67-33) and passing (593-312). Despite the statistical advantages, Arsenal gave up a goal in the second minute after a misplayed ball by Cedric Soares gifted an alert Bertrand Traoré, who collected and deftly set up goalscorer Ollie Watkins for the decisive strike.

It was all Villa needed as they defended everything that Arsenal had to offer right until the final whistle.

Arteta says the early mistake was fatal for his side — along with some referee decisions that went against his team during Saturday's match. Regardless, the coach wants to see his players persevere through tough stretches on the pitch.

"We just gave them the ball, a moment you make a mistake, and they punish you," Arteta said. "You cannot win football matches if every week you do something like that. Four or five times, we've played with 10 men. Against Wolves [on Tuesday], we deserved to win both games by far, but we lost both.

"[Red cards] cost us that game [at Wolves] — today other big decisions. Regardless of what the referee did today, we should win the game comfortably."