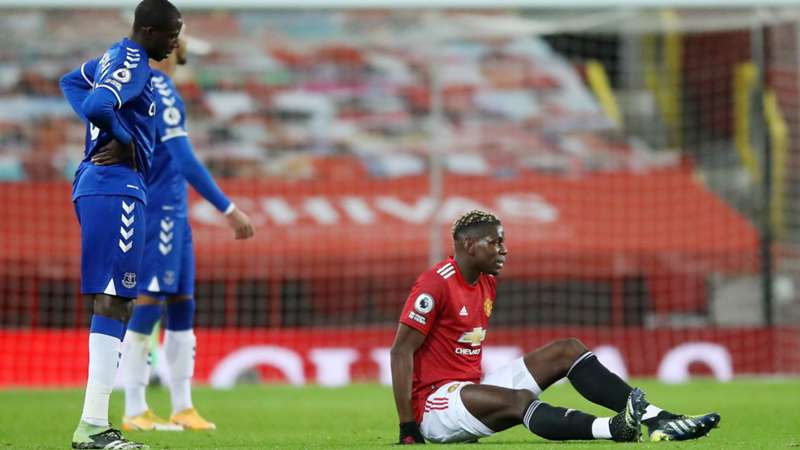 The midfielder was forced to leave United's match on Saturday.

Amid a busy stretch, Manchester United will be without influential midfielder Paul Pogba for several matches.

The club announced Monday that Pogba would miss "a few weeks" with a thigh injury. He limped off the pitch near the end of the first half of United's 3-3 draw with Everton on Saturday and was substituted in the 39th minute by teammate Fred.

Pogba "has been in exceptional form and was performing well as the Reds led the Toffees in the first half, only to signal to come off when appearing to suffer a problem that has now been diagnosed as a thigh-muscle injury," a club statement read.

"A scan was required to assess the extent of the damage and, unfortunately, Pogba now faces an enforced spell on the sidelines with key games at home and abroad coming up."

United sit five points behind Premier League leaders Manchester City after the weekend's fixtures and are involved in several competitions through the end of the month.

West Ham visits Old Trafford for an FA Cup fifth-round match on Tuesday, after which United will travel to West Brom for a Premier League encounter on Sunday. The remainder of February includes home and away Europa League last-32 fixtures against Real Sociedad and Premier League games against Newcastle and Chelsea.