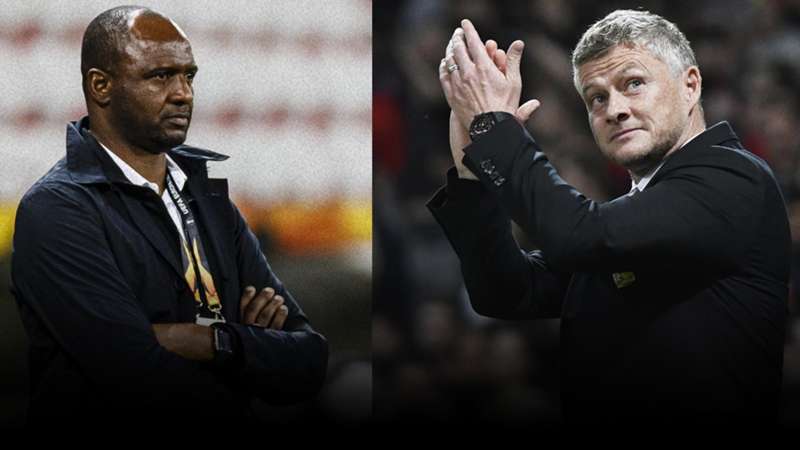 Some players' influence extended to the sidelines once they hung up their boots.

Steven Gerrard becomes the latest in a growing list of star players who return to the Premier League as managers.

Gerrard's first match as Villa boss is expected to come Saturday at home against Brighton. Before he steps onto the sidelines for his maiden game in charge, DAZN takes a look at five other Premier League legends who became managers.

One of the most prolific strikers to ever play professionally in England, Shearer struck fear into opposing defences for nearly 20 years. Best known for his scoring exploits with Newcastle United, Shearer also starred for Southampton and Blackburn Rovers before joining his hometown club as a 26-year-old.

While the former England international's exploits as a player are well-known, you'd be forgiven if you didn't realise Shearer had also spent time as Newcastle manager. The stint was short, just eight matches, but late in the 2008-09 season he took over as interim boss at St James' Park.

Unfortunately, Newcastle were relegated to the Championship to end Shearer's brief managerial career.

Lampard's playing career is among the best of anyone who has played in the Premier League, with the Londoner redefining the role of an attacking midfielder over several seasons with West Ham, Manchester City and, of course, Chelsea. After an injury-riddled season-and-a-half with New York City FC in MLS, Lampard hung up the boots following the team's 7-0 aggregate playoff loss to Toronto FC in November 2016.

He publicly stated his desire to become a manager upon retirement, and worked to obtain his coaching badges. In 2018, Lampard took over as manager of Derby County in the Championship, and led the club to the near-promotion as the Rams fell to Aston Villa in the playoff final.

Lampard's success in his first season as a manager drew the interest of Chelsea owner Roman Abramovich, who signed his former star midfielder to a three-year deal ahead of the 2019-20 Premier League campaign. Lampard guided the Blues to a fourth-place finish in his maiden campaign in charge, and he spear-headed a major offseason overhaul of the roster. The revamped squad got off to a flying start to 2020-21, topping the league table into December.

Unfortunately for Lampard and Chelsea, the hot start was erased by a major dip in form and he was sacked in January 2021 with the club languishing in ninth place.

The only one-club player on this list, Adams is synonymous with the Arsenal side that broke a long title drought in the late 80s (and three subesequent league titles leading up to his retirement in 2002). A hard-nosed central defender with almost 700 appearances for the Gunners, Adams seemed a natural fit to transition to the managerial ranks.

Adams thought so too, as he applied for the manager's job at Brentford before he had formally hung up his boots as a player. While he didn't win the Bees post, Adams did eventually spend a year (Nov. 2003-04) on the sidelines of lower league side Wycombe Wanderers. He oversaw Wycombe's relegation, then resigned early into the club's next season.

After spending time coaching youth players in the Netherlands, Adams was hired into another first-team managerial post in June 2006, joining then-Premier League side Portsmouth as Harry Redknapp's assistant. He would step into the role of caretaker manager in October 2008 when Redknapp departed for Tottenham, and Adams did well enough to be appointed full-time manager shortly thereafter.

However, Adams' time as boss at Fratton Park lasted just 16 games and he was sacked just before Valentine's Day 2009.

Like Adams, Vieira is an Arsenal legend from his playing days marshalling the midfield at Highbury. While he also made a mark as a member of Cannes, Juventus, Inter and Manchester City, the imposing Frenchman is best known for his days patrolling the pitch for the north London side.

After his playing days, Vieira honed his managerial skills within the City youth structure before taking a head coaching role at CFG sister team New York City FC in 2016. He was able to get consistent improvement out of the NYCFC side, as the club finished fourth and second, respectively, in the Supporters' Shield race during his two full seasons in charge.

He left New York in June 2018 to helm Nice in his native France, where he had mixed results over 18 months.

In the summer of 2021, Vieira made his Premier League return as he was named manager of Crystal Palace. After 11 weeks, Palace are firmly mid-table with a 3-6-2 record, good for 10th place.

The "Baby Faced Assassin" gained worldwide fame as a striker for Manchester United from 1996 to 2007, after which he immediately transitioned into coaching youth and reserve players in the United system. Solskjaer moved to his native Norway as first-team manager at Molde ahead of the 2011 season, where he stayed for three seasons.

He then joined the Premier League managerial ranks when he was appointed the head man at Cardiff City in January 2014. Unfortunately for Solskjaer, Cardiff were relegated to the Championship that season and the team's drop in form continued in the second tier, leading to his departure just weeks into the campaign.

In 2015, Solskjaer returned for his second stint as Molde manager. He led the team to good results through three full seasons, with Molde finishing fifth in the Tippeligaen in 2016, and second in 2017 and 2018 in the renamed Eliteserien.

Solskjaer's return to the Premier League then followed, with a surprise move back to Old Trafford as caretaker manager in December 2018 following Jose Mourinho's sacking. Solskjaer was still under contract at Molde and was expected to return to Norway ahead of the 2019 Eliteserien, but instead he remained in England and guided the Red Devils to a sixth-place finish. This earned him a three-year deal to become permanent manager at United, where he is currently on the final year of that contract.

As anyone who watches the Premier League knows, Solskjaer's job security is as tenuous as ever, with United's mediocre start leading to speculation that he could be replaced at any moment.

Another United legend and a former teammate of Solskjaer's, Keane's hard-nosed style endeared him to the team's supporters and made him one of the most hated players among rival fan bases. There was no denying his talent, though — nearly 500 appearances for United during the height of their reign can attest to that.

Keane's no-nonsense approach followed him into the managerial ranks, and the Irishman took over as Sunderland boss in August 2006. The team was in the Championship at the time, but Keane was able to guide the Black Cats back to the Premier League during his first season in charge.

Sunderland would finish 15th in the 2007-08 Premier League season, but that would be as good as it got for the team under Keane. With Sunderland in 18th place and looking a good candidate for relegation, Keane resigned in December 2008.

He quickly got back to the sidelines, albeit once again in the Championship, when he signed a two-year deal to join Ipswich Town in April 2009. However, he led the team to 15th place in 2009-10 and was sacked in January 2011 with the team in the relegation zone.

The Ipswich Town post was Keane's last as a manager (so far), as he has since served as an assistant on the Ireland national team, as well as at Aston Villa and Nottingham Forest.