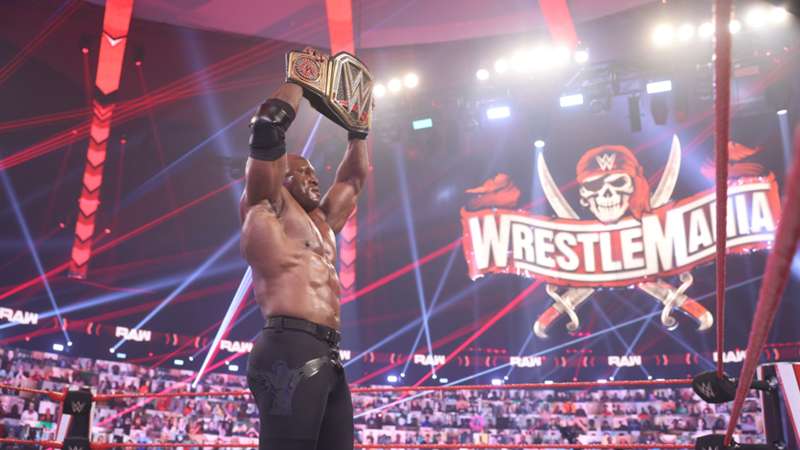 The Road to WrestleMania gets underway.

The 35th edition of the Royal Rumble takes place Saturday in St. Louis, and there will once again be ample star power on display.

With 30 participants in each of the men's and women's Royal Rumble matches, there will be no shortage of familiar names stepping into the squared circle. Aside from the expected participants, the Royal Rumble is always good for a surprise or two from within the WWE Universe and from without — Jackass star Johnny Knoxville is already a confirmed entrant in the men's Rumble and he could be joined by other surprise entrants.

Additionally, there are championship matches on both the men's and women's sides on the card, including a Brock Lesnar vs. Bobby Lashley rivalry that was reignited when Lesnar captured the WWE Championship at Day 1.

Here is everything you need to know about WWE Royal Rumble 2022.

When is WWE Royal Rumble 2022 tonight?

The Royal Rumble begins with the kickoff show starting at 7 p.m. ET and the main show getting underway at 8 p.m. ET. The main card is expected to last around four hours.

What channel or live stream is WWE Royal Rumble 2022 on?

The Royal Rumble will be live on Peacock in the United States. You can purchase a premium subscription for $4.99 per month.

If you don't have capable internet speeds, you can order the Royal Rumble through your cable or satellite provider at a pay-per-view price of $44.99.