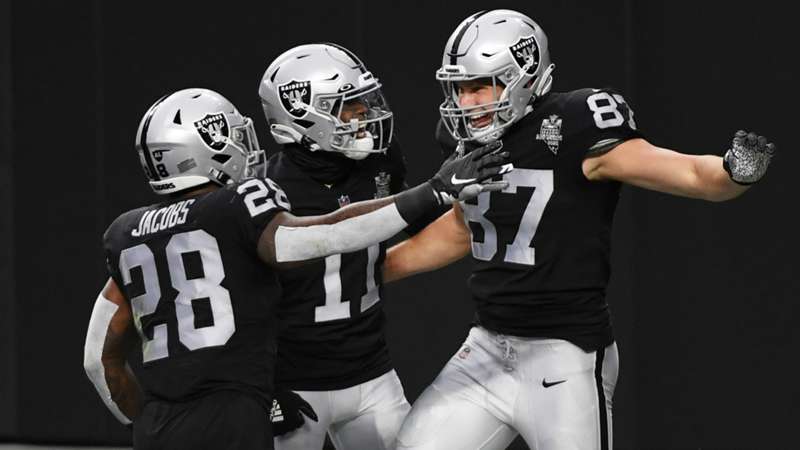 Two teams with identical records kick off this year's NFL Wild Card round as the Las Vegas Raiders travel to Ohio to face the Cincinnati Bengals.

Both teams finished with 10-7 records, although the Raiders are the ones with momentum as they head into Saturday's matchup on the heels of a four-game winning streak. The most recent of those victories was last Sunday's dramatic 35-32 overtime win over the Los Angeles Chargers, the result of which saw Vegas advance to the postseason while LA was left wondering "what if?"

Now, the Raiders look to keep riding that emotional high as they head to Cincinnati for a showdown with the AFC North champion Bengals.

The teams hooked up for a regular-season battle less than two months ago, with the Bengals claiming a comprehensive 32-13 victory over the Raiders in Nevada on Nov. 21. Cincinnati running back Joe Mixon was dominant in that game, racking up 123 rushing yards and two touchdowns. Mixon missed out on Week 18 after testing positive for COVID-19, and the Bengals will be hoping that the 25-year-old won't be feeling any ill effects after being reactivated to the roster earlier this week.

Here is everything you need to know about the Las Vegas Raiders vs. Los Angeles Chargers, including start time and broadcast information:

What time is the Raiders vs. Bengals game?

How to watch Raiders vs. Bengals in Canada: TV, live stream

Raiders vs. Bengals — like every NFL game during the 2021 season — is available on DAZN Canada.

The game between the Raiders vs. Bengals is also available on CTV and TSN1.