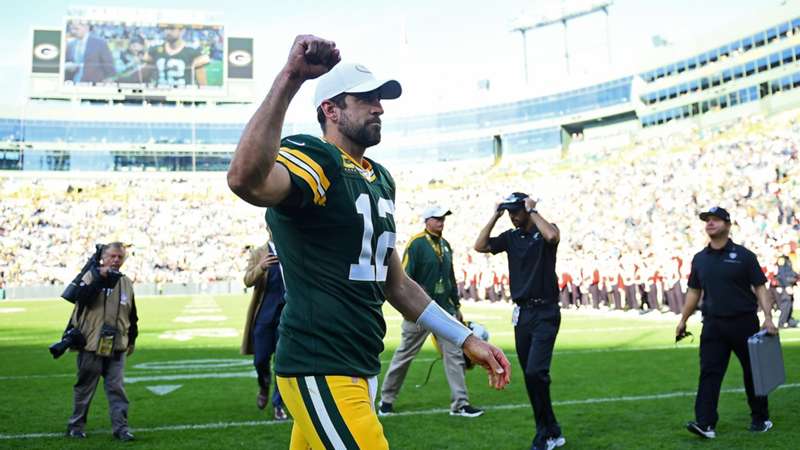 Getty
Watch the NFL live on DAZN in Canada

The fifth week of the season is here.

The Philadelphia Eagles stand alone as the only unbeaten team in the NFL.

Thanks in large part to an explosive second quarter in their win against the Jacksonville Jaguars last week, the Eagles kept their perfect record intact. At 4-0-0, the Eagles stand atop a very competitive NFC East division and will look to add to their win column when visiting the Arizona Cardinals on Sunday. Any slip-up by Philadelphia could provide an opportunity for the Dallas Cowboys and New York Giants, both 3-1-0 this season, to claim first place in the division.

Speaking of the Giants, they'll face the Green Bay Packers early Sunday at Tottenham Hotspur Stadium in London. The teams crossed the Atlantic with identical records, although the Packers' three-game winning streak gives them the slight edge.

Later that day, the league's highest-scoring team takes the field as the Detriot Lions meet the New England Patriots in Foxborough, Mass. The Lions are simultaneously the best offensive team and worst defensive team (by points scored/allowed) in the NFL, so expect touchdowns in this one.

On Monday, Week 5 comes to a close with the Las Vegas Raiders travelling to Kansas City to face the Chiefs. It's a matchup between the top and bottom teams in the AFC West, with the Chiefs eager to add to their AFC-leading offense.

Here's the full schedule for Week 5 and all the information you need to catch every second of the action:

NFL Week 5 schedule: What games are on today?

Every NFL game during the 2022 regular season (and playoffs) is available on DAZN Canada.