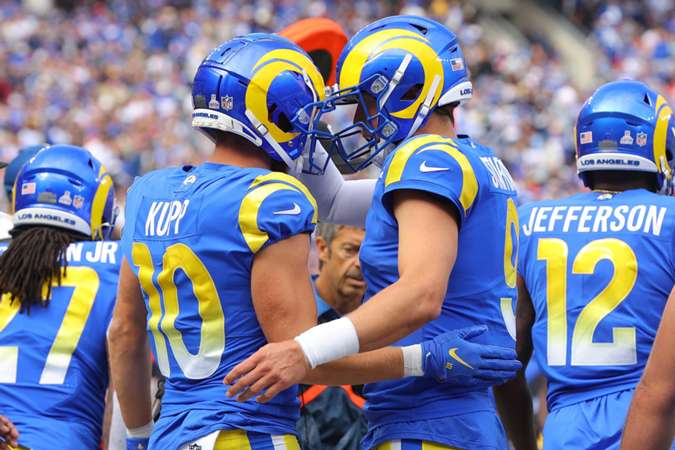 Watch every NFL game on DAZN in Canada

The entire preseason NFL slate is available in Canada on DAZN.

The NFL is back!

While teams around the league are still putting the finishing touches on their respective rosters, the players themselves are back to work ahead of next month's regular season kick-off.

For some players, that means familiarizing themselves with new surroundings and teammates. For others, it means settling into an already established situation.

Whatever the circumstances for the individual players, fans of the league's 32 teams will get a chance to see their teams for the first time before the regular season. Additionally, coaches and their staff will put rookies through their paces, try new schemes, and evaluate their teams' relative standing against the rest of the NFL — all in real-time and under the watchful eyes of millions of fans worldwide.

The 2022 NFL preseason has arrived. Here's everything you need to know about the exhibition slate, including broadcast details on every game:

NFL Preseason 2022: How to watch every exhibition game in Canada

The entire NFL preseason slate — like every NFL regular season and playoff game during the 2022 season — is available on DAZN Canada.

DAZN Canada also offers RedZone — which shows every touchdown, every game, every Sunday.

How to watch every NFL exhibition game on DAZN

In Canada, DAZN customers have access to the entire NFL preseason slate, plus access to all of DAZN's live and on-demand programming.

NFL Preseason 2022: Schedule, how to watch