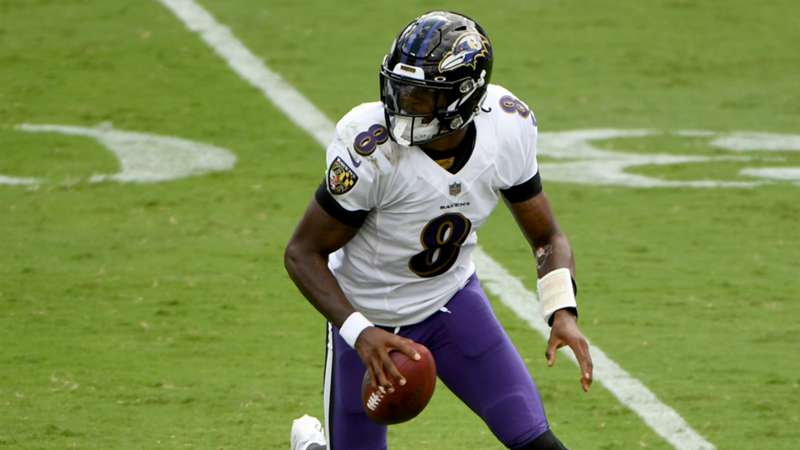 The AFC North foes face off Sunday, live on DAZN.

The Baltimore Ravens have dominated the Cleveland Browns in the Lamar Jackson era, winning four of the five meetings since the quarterback became a full-time starter.

This includes a current three-game losing streak by the Browns against Baltimore, although the most recent meeting was a 47-42 result in December 2020 that saw Cleveland's fourth-quarter comeback attempt fall just short.

The Browns will look to finally overcome their divisional foes when they meet at M&T Bank Stadium on Sunday, especially with Jackson returning from a one-game absence due to illness. The Ravens defeated the Chicago Bears last week with Jackson watching from the locker room, but the QB says he's feeling fine for the "Sunday Night Football" clash.

"I think I'm fully back to normal," Jackson said earlier this week.

Here's more info about the matchup, plus everything to know about how to watch "Sunday Night Football."

Who plays on "Sunday Night Football" this week?

What time is the Browns vs. Ravens game?

Browns vs. Ravens — like every NFL game during the 2021 season — is available on DAZN Canada.

The "Sunday Night Football" game between the Browns vs. Ravens is also available on CTV2 and TSN.

How to stream Browns vs. Ravens for free

The free-trial period would include the Browns vs. Ravens, plus access to all of DAZN's live and on-demand programming, which includes not only NFL games but Premier League, Champions League and more.