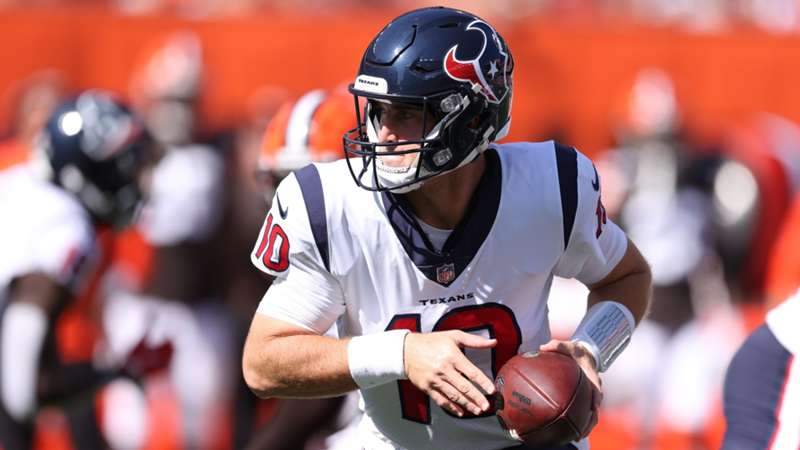 The third week of the 2021 season kicks off Thursday.

The Carolina Panthers are 2-0 to start the season, and the Houston Texans are hoping to end that winning streak with a rookie quarterback at the helm.

The teams meet on "Thursday Night Football" to kick off Week 3 of the young NFL season, with the Texans placing their faith in 22-year-old Davis Mills at pivot. Mills has been thrust into the starter's job after Tyrod Taylor suffered a hamstring injury during last week's loss to the Cleveland Browns, with three-time Pro Bowl QB Deshaun Watson remaining inactive due to off-field legal concerns.

Mills performed admirably in the defeat to Cleveland given the circumstances, going 8 of 18 for 102 passing yards with a touchdown and interception. It was neither awful nor spectacular, which is about what one would expect of a young third-string QB with no NFL experience to his name.

“As the backup quarterback or the guy that is next up, you always have to be ready for anything to happen,” Mills said earlier this week, via USA Today. “Even in preseason, at any moment, you mentally prepare yourself to go in there on the next play.

"I felt like I did a good job and came out. I can improve on some stuff. A lot to learn from, but overall I didn’t think I was too rattled or wasn’t ready for the moment.”

Now he gets to face a high-flying Panthers team from the get-go.

Who plays on "Thursday Night Football" this week?

What time is the Panthers vs. Texans game?

Panthers vs. Texans — like every NFL game during the 2021 season — is available on DAZN Canada.

The "Thursday Night Football" game between the Panthers vs. Texans is also available on CTV2 and TSN.

How to stream Panthers vs. Texans for free

The free-trial period would include the Giants vs. Washington, plus access to all of DAZN's live and on-demand programming, which includes not only NFL games but Premier League, Champions League and more.