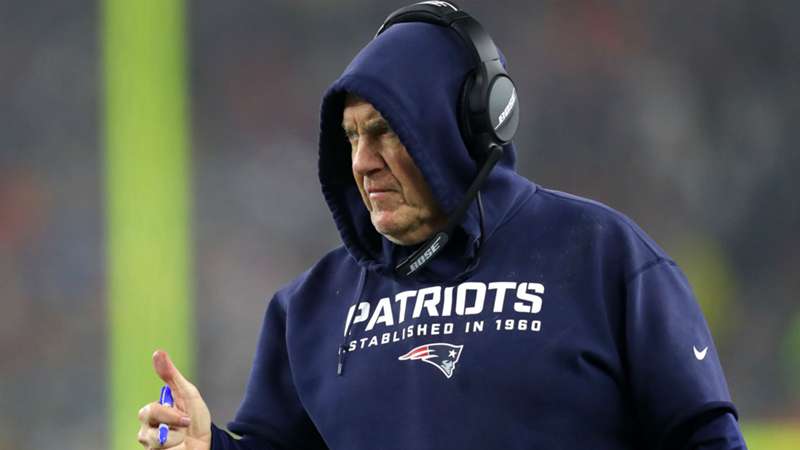 Neither of the New England Patriots (6-4) or Atlanta Falcons (4-5) are setting the NFL on fire, but they'll have the spotlight to themselves this week as they meet in Georgia for "Thursday Night Football."

It's a rare matchup, as the teams have only every squared off 14 times since their first meeting in 1972. The Patriots have been the dominant force in recent memory, heading into Thursday with a six-game winning streak against the Falcons. Included in that run is the famous Super Bowl LI comeback that saw Atlanta squander a 28-3 third-quarter lead, giving the Pats yet another championship with Tom Brady leading the way.

Now, the Patriots are in Year 2 without Brady, and they're still looking to re-invent themselves after the superstar quarterback took his talents to Tampa Bay.

Things are starting to look up in New England, however, as the team is on a four-game winning streak and threatening to take over the AFC East lead from the Buffalo Bills. Another win against the hapless Falcons, who sit bottom of the NFC South with a dismal 1-3 home record, would keep the momentum going for Bill Belichick's squad.

One man who could boost Atlanta's chances is rookie tight end Kyle Pitts, who the Pats head coach had tons of praise for in the lead-up to Thursday's showdown.

“Everything is a problem," Belichick said of Pitts. "This guy, I thought last year in the draft, just watching him, he’s phenomenal. He’s big, he’s fast. He’s got great hands and adjusts to the ball and makes tough catches. Savvy route-runner and can get open. Very hard to match up against. I was reading through some of the Atlanta comments and you hear them comparing him to a cross between Tony Gonzalez and Julio Jones, and I’d say that’s about right. That’s what it looks like. He's one of the superstars of the NFL already.

"I’m sure he’ll break all the rookie tight end receiving records. I think he’s on pace to, but he’ll be right there. This guy’s got a tremendous career in front of him. He can play every position. He plays end of the line of scrimmage, he can play in the slot, he can play outside. He’s got a great skillset. He’s competitive, he’ll block. He’s good after the catch. He’s a matchup nightmare."

Who plays on "Thursday Night Football" this week?

What time is the Patriots vs. Falcons game?

Patriots vs. Falcons — like every NFL game during the 2021 season — is available on DAZN Canada.

The "Thursday Night Football" game between the Patriots and Falcons is also available on CTV2 and TSN.

How to stream Patriots vs. Falcons for free

The free-trial period would include the Patriots vs. Falcons, plus access to all of DAZN's live and on-demand programming, which includes not only NFL games but Premier League, Champions League and more.