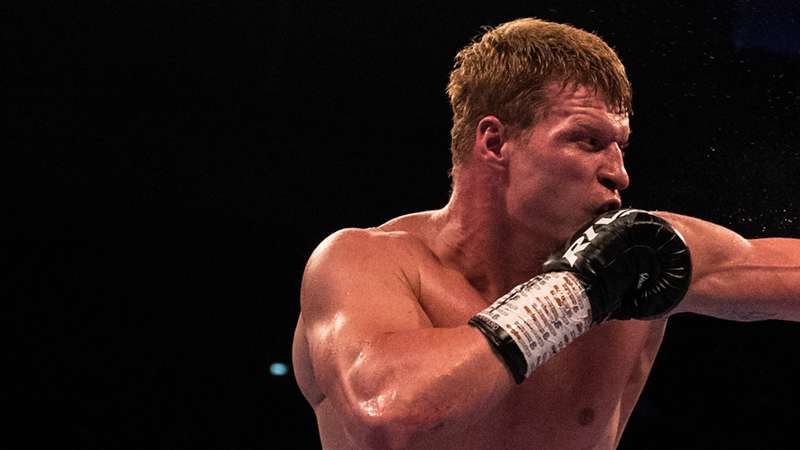 Alexander Povetkin stunned Dillian Whyte in August to become the interim WBC heavyweight champion, but he understands why he hasn't been confirmed as Tyson Fury's mandatory challenger — yet.

Alexander Povetkin (36-2-1, 25 KOs) surprised many when he recovered from four rough rounds against Dillian Whyte (27-2, 18 KOs) to knock out the Londoner for the WBC interim championship. However the Russian veteran says he "respects" the WBC's decision not to name him as heavyweight champion Tyson Fury's challenger just yet.

Povetkin will face Whyte once again on Nov. 21 in a contractually-obliged return bout. The existence of the rematch clause in the paperwork for their initial bout at Matchroom Boxing's Fight Camp 4 is why the WBC have opted not to formally declare Povetkin as having replaced Whyte as their mandatory contender for the time being.

However, "Sasha" will surely earn that distinction outright if he goes 2-0 against "The Body Snatcher", and as a result, he was as laid back as ever when discussing the situation with World Boxing News.

“If WBC doesn’t make me mandatory for Tyson Fury, it means that they have reasons for that! I respect their decision anyway,” Povetkin explained.

Fury (30-0-1, 21 KOs) must first navigate a contractual obligation of his own when he faces Deontay Wilder (42-1-1, 41 KOs) in their trilogy fight. The duo drew in fight one, and Fury emphatically ended the American's unbeaten record in the second earlier this year. Promoter Bob Arum hopes their third and final meeting will land in Las Vegas in December.

Povetkin remained diplomatic when asked to predict a winner.

“May the best boxer win,” Povetkin said of the bout that could decide his next opponent, if he wins the Whyte rematch.

When pushed for his thoughts on Fury-Wilder II, won by the unbeaten Brit via seventh-round stoppage, Povetkin did however offer a little more insight into why "The Bronze Bomber" was conquered in February, and how Fury has the edge going into the third fight.

“Tyson Fury did a good job analyzing his mistakes," Povetkin said of the changes the champion made between the first and second contests.

“Deontay Wilder may not have paid enough attention to the fight before, and that could be his downfall.”