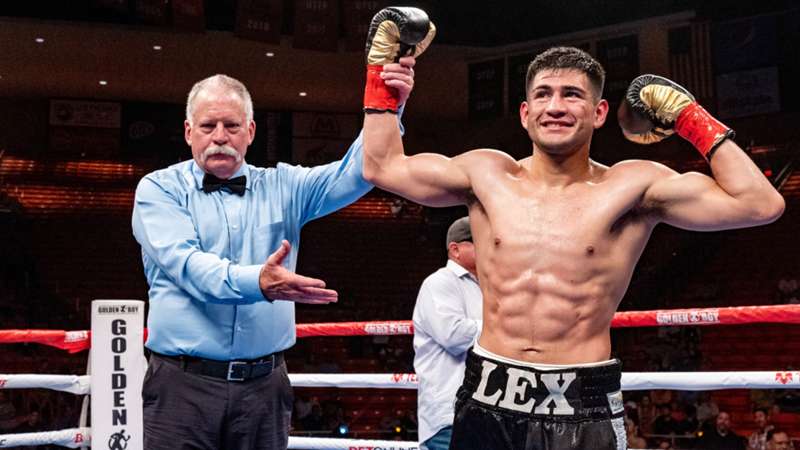 Rocha returns to the ring after an impressive victory in June.

A homecoming is in the cards for Alexis "Lex" Rocha as he will face Jeovanis Barraza in a 10-round welterweight co-main event for the Jaime Munguia vs. Gabe Rosado fight in Anaheim on Nov. 13, live on DAZN (excluding Mexico).

Santa Ana, Calif., native Rocha (17-1, 11KOs) heads into the bout after knocking out Jameson Bacon in June, and he aims to use the hometown advantage at the Honda Center to continue his winning ways.

“I expect a lot from myself. I expect to be a main event star in the sport. For now, I’m focused on stealing the show as the co-main event and bringing excitement to the crowd,” Rocha said. “I want to earn the respect and support of Orange County fans and I can do that by knocking opponents out. I was born and raised here. Sports in Orange County should be Angels, Ducks, and Alexis Rocha. That’s my goal.”

On the opposite side of the ring will be Barraza (22-1, 15KOs), who has made a name for himself in his native Colombia and now looks to make an impression in the U.S.

“I am at Reyes Boxing getting the best training I can to prepare for a fight that will change my life,” the 26-year-old Barraza said. “I am going to bring my top game and show the world what I am made of.”

In addition to Rocha vs. Barraza and Munguia vs. Rosado, the Nov 13. card will also feature a middleweight bout between D’Mitrus Ballard and Paul Valenzuela, Jr., and William Zepeda vs. John Moralde in a WBA Continental America’s Lightweight title fight.