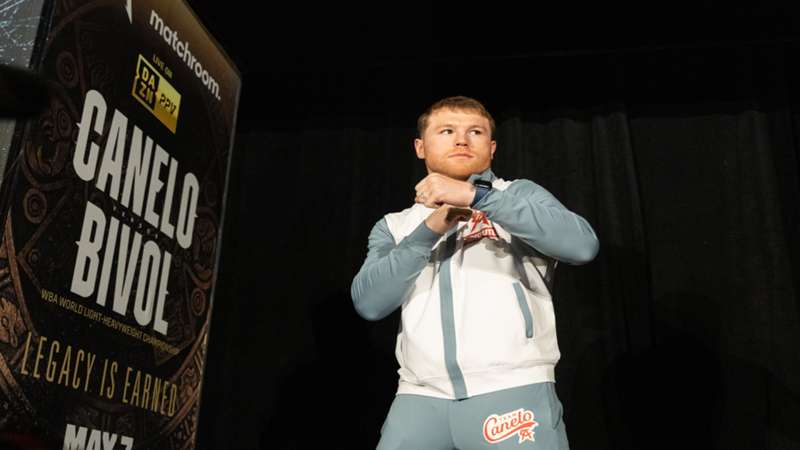 Ed Mulholland/Matchroom Boxing
Check for Canelo vs. GGG 3 on DAZN in your country

The Mexican has fought GGG twice and hopes that this trilogy will be one of the best encounters of his career.

That there is a feud with Gennadiy Golovkin makes a third fight that much more interesting for Mexican multi-time champion Canelo Alvarez.

On Tuesday, it was made official that on Sept. 17, Canelo Alvarez will come face to face again - four years after his last fight - with the Kazakh champion in a bout for the undisputed super middleweight championship of the tapatío, a venue yet to be defined.

The eagerly awaited bout will be broadcast live on DAZN PPV in the U.S. and Canada and worldwide on DAZN (excluding Mexico, Latin America, and Kazakhstan).

"It's always been very personal with him. That will never go away," Alvarez told DAZN. "After we finished the two fights, it still feels the same (very personal). He (Golovkin) has never stopped talking about me. If you see, I never mentioned his name. I've always been in his mouth, he's always talked about me, and that makes it even more personal. The fact that there is this rivalry puts an extra element there. It makes me train harder. I try harder. Personally, I sometimes feel better that it exists.

While the May loss to Dmitry Bivol went very deep because it broke a nine-year streak without a loss, it gave a different angle to Alvarez. Although he lost many positions in the ranking of the best champions of the moment, he insisted that for him, it was not a failure because he is the only one who is doing things differently.

"The truth is that I don't know how they handle that kind of thing (the pound-for-pound rankings), but I still feel I'm the best," Alvarez said. "Tell me another fighter who is trying in other categories, going down and up in weight, wanting to achieve different kinds of things. Nobody has done that.

"I do it. I risk everything to keep making history when I don't need to risk anything. I've already achieved so many things. I'm in a position where I don't have to risk anything, and I still do it, and nobody does that when they are in a position like the one I'm in. So personally, I still feel I'm the best in the world."

However, the fact that Canelo returns to super middleweight does not mean that things are settled with Bivol, as he assured that he would try again, this time, with a different strategy.

"I'm going to try again for sure," Alvarez concluded. "I'm a very competitive person, very persevering. I tried to gain weight and win this championship, but we didn't make it. But we are going to try again... only that for a second fight, I would look to be in much better physical condition, prepare myself for the 12 rounds. A different strategy to the one I used with my opponents at 168 pounds. You learn from everything. I tried new things, and it didn't work, but now we have a new guideline for what's coming."