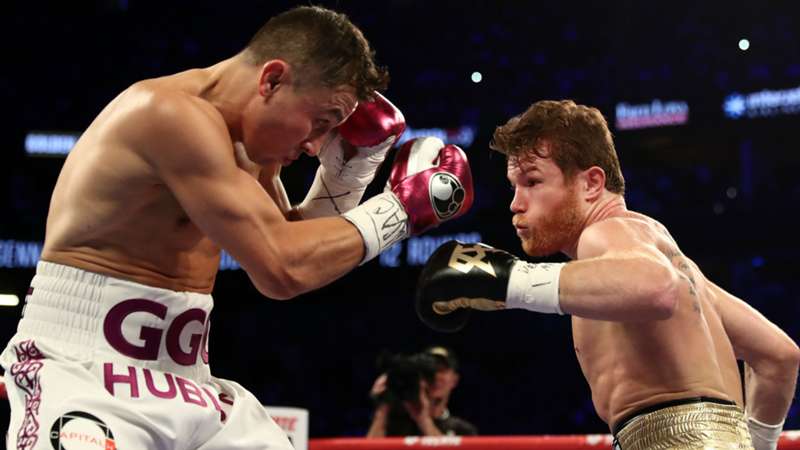 It may have taken longer than some would have liked, but the time has come for the highly anticipated trilogy.

Patience is a virtue not many have. We live in a society where we want everything, and we want it NOW. Not in a few days, a couple of months, or a year. But NOW. Unfortunately, life doesn't always give us what we want when we want it.

After Canelo Alvarez and Gennadiy Golovkin battled for 24 grueling rounds in September 2017 and September 2018, people wanted the immediate trilogy bout between two of boxing's marquee attractions and top pound-for-pound fighters. In their first battle, they went to a controversial split draw with the consensus that with one horrendous scorecard by judge Adelaide Byrd, Golovkin gets the decision. When Alvarez and Golovkin met up again one year later, Canelo won by majority decision in one of the best fights of 2018. Fans were drooling at the prospect of one final epic affair to determine who is the best. The score had to be settled.

Then, we got nothing. One year went by. Two years went by. Three years went by. Nothing. The COVID-19 global pandemic that rocked the world played a factor, and the hatred Alvarez and Golovkin have for one another was also a significant factor. The fans kept clamoring for the bitter rivals to step back into the ring and stand across from one another one last time for 12 rounds to determine who is the better boxer and etch their names in the history books. Finally, nearly four years after their last match, Alvarez and Golovkin heard the noises in their heads. Everyone's wish became a reality on Tuesday as Alvarez and Golovkin announced that they will duke it out for the undisputed super middleweight championship on Saturday, Sept. 17, live on DAZN PPV in the U.S. and Canada and around the world on DAZN (excluding Mexico, Latin America, and Kazakhstan).

THE TRILOGY IS ON 😱@Canelo vs. @GGGBoxing... the biggest fight in boxing, Sept. 17.#CaneloGGG3

Things are different for the third go-around. Alvarez has soared to become the sport's biggest star and is the current undisputed champion at 168 pounds. He seemingly gets better every time he competes. Golovkin hasn't faced the foes the public has wanted him to meet and has fallen off many pound-for-pound lists, and he turned 40 the day before his ninth-round stoppage of Ryoto Murata in April.

People forget Golovkin is moving up in weight and not having to cut weight while Alvarez is cutting from around 175-180 pounds. Let's not also forget that before Dmitry Bivol upset Alvarez at the beginning of May to retain the WBA (super) light heavyweight title, the two fights with Golovkin were the most difficult for the Mexican star since Floyd Mayweather Jr.

Yes, he may be 40, and it's not the ideal age to be getting punched in the head, but the thought of knowing he finally gets Alvarez one final time to prove to everyone and, most importantly, himself, that he won those two fights and is the better of the two fuels Golovkin. Any questions of whether the hunger, the drive and the determination are still there can be dismissed.

Are we going to see the best Canelo and GGG come Sept. 17? We will find out that night.

Remember, we still haven't seen fights between Tyson Fury and Anthony Joshua and Errol Spence Jr. vs. Terence Crawford. But we are getting Canelo vs. GGG 3. Yes, the fight didn't go on the timeline fans had hoped, but it's better late than never for Alvarez and Golovkin to settle their rivalry once and for all.