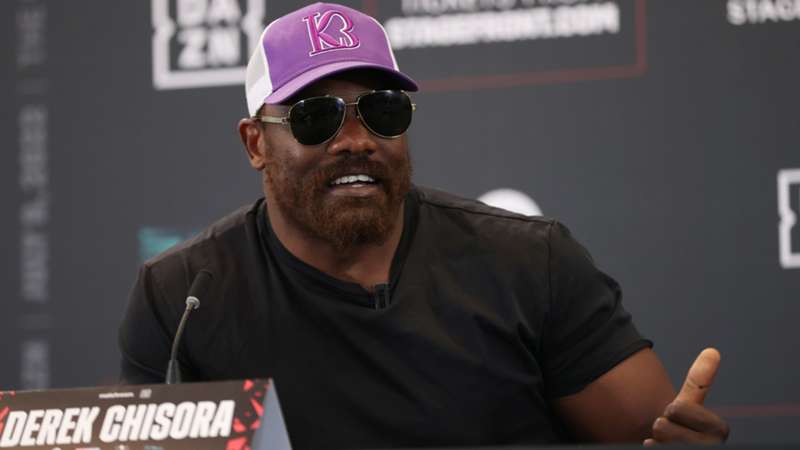 Derek Chisora will be looking to extract revenge in his rematch with Kubrat Pulev on Saturday live on DAZN.

The current generation of British boxing fans will struggle to remember a time when Derek Chisora wasn’t a part of the country’s heavyweight mix.

At 38 years old and with 44 fights on his resume, Chisora has been there and done it. Fighting for world titles, facing domestic rivals in thrilling contests, some are surprised Chisora hasn’t called time on his entertaining career.

But when speaking exclusively to DAZN, Chisora insisted that his enjoyment of the sport is the reason why he is still lacing up the gloves.

“I enjoy it, it’s lovely. I enjoy training, I enjoy fighting, the whole promotion, that’s all,” Chisora responded when asked whether preparations get any easier.

“When I don’t enjoy it, I’ll announce my retirement.”

Chisora returns to action on Saturday night live on DAZN when he faces former world title challenger Kubrat Pulev for the second time.

The pair first went head-to-head over six years ago for the EBU heavyweight title in a fight which Pulev won on points.

This rematch however is a different proposition. Pulev, like Chisora, is on the backend of his career and his last fight against Jerry Forrest in May was his first fight since the end of 2020.

Chisora meanwhile was last in action in December, losing to former WBO world heavyweight champion Joseph Parker for a second time, but despite both Parker and Pulev being at different stages of their careers, there has been no change when it comes to training for this rematch.

“It’s the same, hit the bag, hit the pads, do your cardio, lift the weights, move your head, don’t go off the line,” Chisora said.

“Punches are chucked the same way; you can’t change much when you’ve been in the game for as long as me.”

When Saturday’s fight comes to a close, this will be Chisora’s 45th fight regardless of the outcome, but when asked about whether retirement is on the cards, Chisora responded with a simple “No,” before taking a sip of his oversized water bottle.

Derek ‘War’ Chisora maybe someone who fans want to see exit the fight game for good, but whenever he steps into the ring, it’s guaranteed to be an entertaining contest, and while there is no world title on the line, just bragging rights, expect an all-out slugfest at the O2 Arena on Saturday night.