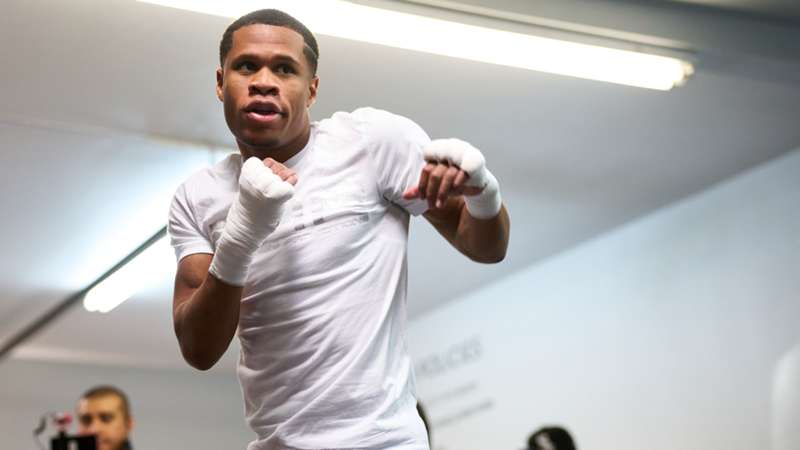 Devin Haney was a guest on The DAZN Boxing Show.

Devin Haney couldn’t hide his laughter when asked who would win a potential fantasy fight between his lightweight rival, Ryan Garcia, and Oscar De La Hoya, a hall of famer with world titles in six weight classes.

Haney gave his verdict on numerous scenarios when a guest on The DAZN Boxing Show, but it was Garcia vs. De La Hoya that brought the biggest reaction.

Haney and Garcia have been linked to a showdown on numerous occasions but any fight between the pair will have to wait until next year.

The Las Vegas based fighter is contracted to rematch George Kambosos while Garcia's immediate focus is a July 16th battle with Javier Fortuna. Despite their clash being some way off, Haney couldn’t resist a dig against his 135lbs foe.

“What? Is that even a question?” asked Haney followed by an uncontrollable giggle when posed with the question who would emerge victorious between Garcia and his current promoter. “It’s De La Hoya.”

You can watch the entire Devin Haney exclusive interview, as well as a chat with undisputed women's welterweight champion Jessica McCaskill, on the latest DAZN Boxing Show when it arrives on the DAZN app on Thursday 30th June.