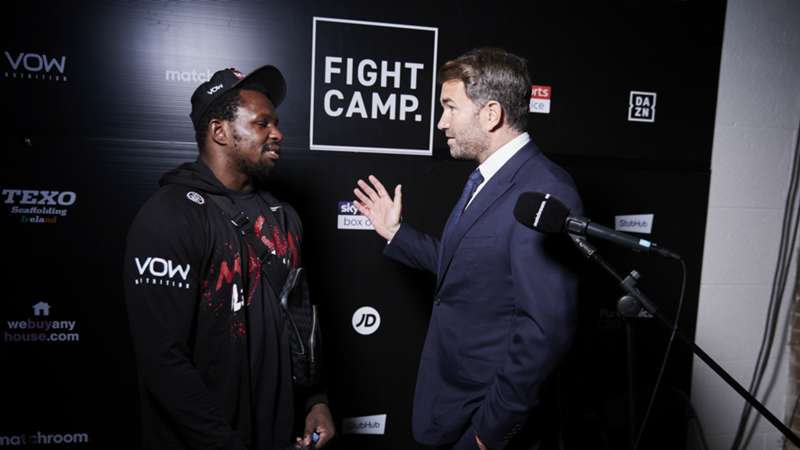 The upcoming WBC world heavyweight title fight between Tyson Fury and Dillian Whyte is one step closer to being made official after Whyte signed the contract hours before Tuesday's 06:00 GMT deadline.

Some fans have been concerned about the lack of noise Whyte has made on social media following the purse bid, but this silent approach is something which has gained plenty of praise from Eddie Hearn.

"I love the game Dillian Whyte’s been playing, I think it’s so good to just not let Fury have control of the situation," Hearn told The DAZN Boxing Show.

"People are saying about Dillian Whyte not promoting this fight, he hasn’t got to do anything, it’s a purse bid.

"There’s no doubt about Dillian Whyte taking this fight, of course not, he wants to fight for a world title and this is the fight he wants, the fight he believes he can win."

Matchroom's main man also believes Whyte's silence could unsettle Fury in the build-up to the fight.

"I like it, take the control away from the control freak, that’s a great bit of mind games.

"Listen, maybe Dillian Whyte will turn up on the night, maybe he doesn’t."

Reports are suggesting 23rd April as the likely date for the contest with Wembley Stadium being the frontrunner when it comes to a venue.