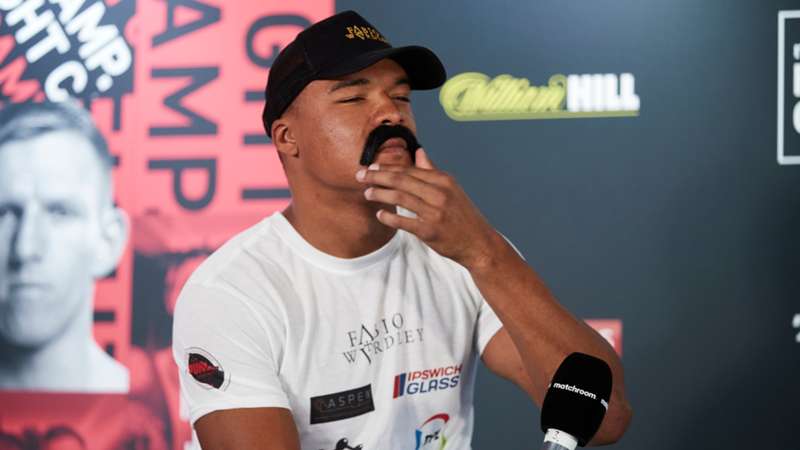 The heavyweight is looking to move up a level.

Fabio Wardley told the DAZN Boxing Show that he is ready to fight for the British heavyweight championship.

The 27-year-old has held the English title since 2020 but is ready to step up, but accepted that Nathan Gorman would not be his next opponent.

Wardley fights next on July 9 at the O2 Arena live on DAZN on the Derek Chisora vs. Kubrat Pulev undercard, with an opponent yet to be decided.

“I think that’s the realm I’m at,” he agreed. “British would have been ideal for this fight.

"I think the most obvious candidate is Nathan Gorman and he hadn't fought for 18 months, so he wanted some sort of warm-up before a British title fight, which is understandable.

“Hence why we’ve just had a few more fights but I’ve been at British level for a while now.

I think I’m ready to make that jump, it’s just waiting for the opportunity to come.

“I’m game, I’m ready to go, it’s just waiting for the pieces to fall into place.

“I think people forget and people want to push me into those fights. They want to step me three, four levels above where I’m at. Maybe ‘cos of my white-collar background I could even be bounced back a couple of levels.”

While Wardley skipped an amateur foundation for his career after coming from white collar boxing, he pointed to sparring partners such as Chisora as the reason he has adjusted well to the demands of professional fighting.

“Because I’ve jumped in so early on with sparring partners who come to stick it on you, like Derek Chisora,” he observed.

“They don’t care you’re a year into your pro career, they’re not here to hold your hand. Those sessions got me to be here, dealing with those, showing a poker face even while you’re hurt.

“I know how hard I train, the levels I’ve been in with. I know what I can do. I work best under pressure, when my back’s against the wall.

“Whether it’s Nathan Gorman it’s a question mark. If you look at the rankings, the next two British two names are me and him.”