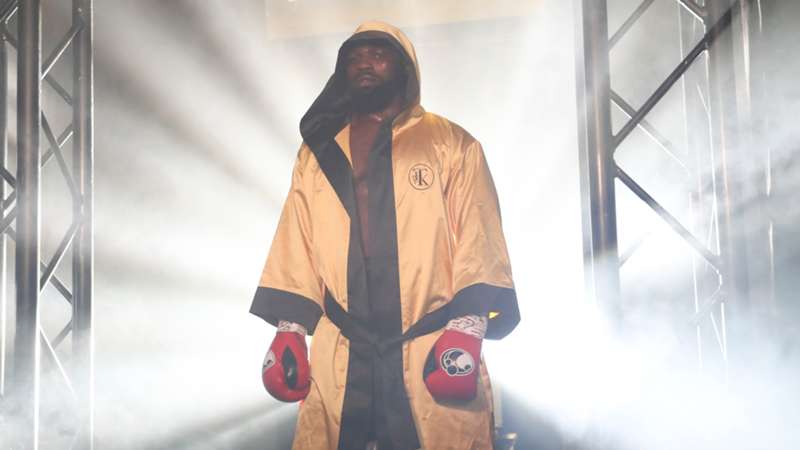 The heavyweight pair are to meet on Saturday at Wembley.

Joe Joyce could be on the receiving end of a ‘sensational KO’ upset at the hands of Carlos Takam, according to Joe DeGuardia, the Frenchman’s promoter.

Joyce returns to action after his brutal dismissal of Daniel Dubois last year, when his relentless jab meant the up-and-coming heavyweight could not take any more blows to his broken eye socket.

The 35-year-old Olympian had been expected to fight Oleksandr Usyk in a WBO eliminator, but the collapse of the Tyson Fury vs. Anthony Joshua clash meant the boxing schedule was upended, and he was left without a fight.

Takam has stepped in and the pair will fight with Joyce’s unbeaten record now on the line on Saturday at Wembley.

DeGuardia told Sky Sports : "While a knockout over a 6'6" 260 lb giant like Joe Joyce may seem unlikely, Carlos has the strength, tools, experience and foundation to piece together a performance that can very well lead to a sensational KO.

"The primary focus however is getting the win in whatever way that comes."

Takam was also a victim of the vagaries of Fury’s plans, with DeGuardian explaining that his potential fight in December fell through, saying: "I think we were at I would say 98 per cent done [in negotiations] and then it just changed in one day.”.

"Certainly a win here would be huge, in every sense of the word," continued DeGuardia.

"We would absolutely look to be back in Britain for a massive fight should Carlos defeat Joe Joyce."