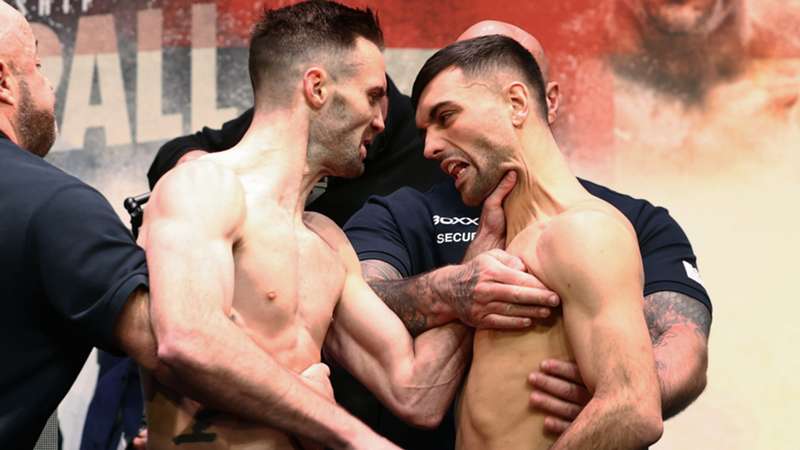 The two men hit the scales ahead of their clash for undisputed super lightweight title.

Undisputed super lightweight champion Josh Taylor had his throat grabbed when he went head-to-head with Jack Catterall at the weigh-in for their fight on Saturday night.

Taylor weighed in at 140lbs, while Catterall was a pound lighter.

The pair had to be pulled apart after what was an intense stare down.

Speaking to Sky Sports after the weigh-in, Taylor wasn't surprised by Catterall's actions during the face off.

"He put his hands on me," Taylor told Sky Sports .

"Tomorrow he will be flat on his back."

Catterall meanwhile dismissed any notion that Taylor had suceeded in the mind games ahead of this fight.

"No definitely not [he isn't under my skin]. I saw him marching over," Catterall said.

"I have more support here than he does!

"I have worked every aspect of my game for tomorrow night. It's about keeping a cool head in a hot kitchen."