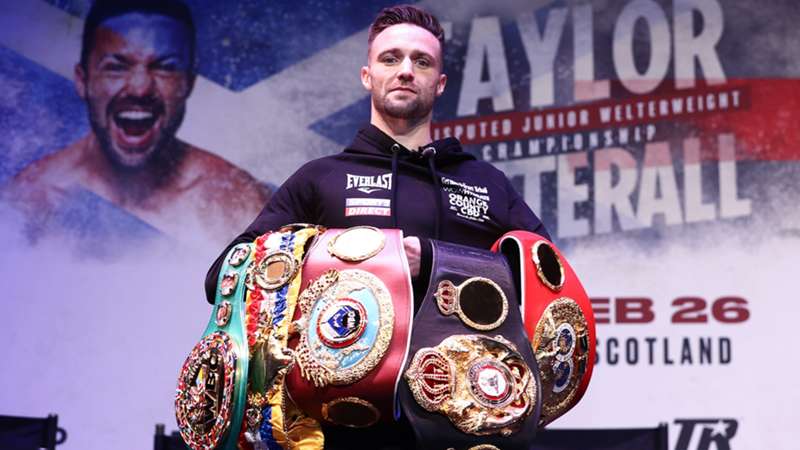 The undisputed 140lb champion is in action this weekend against Jack Catterall.

For the undisputed super lightweight champion Josh Taylor, the boxing world is his oyster.

The Scot returns to action tomorrow night against mandatory challenger Jack Catterall, and if he Taylor gets past Catterall, there is a chance he may move up to welterweight and face WBO champion Terence Crawford.

Speaking to BoxingScene.com, Taylor believes a fight with Crawford would be relatively easy to make.

"Hopefully, I can beat him to the punch of being a two-weight undisputed champion and become the first fighter to ever do it at two weights.”

When it came to predicting how the fight would play out, Taylor is confident he could overcome Crawford if they went head-to-head.

"I just think I know how to beat him,” Taylor began.

“I know I can box like him. I can be a good rhythm boxer. I can fight him as well. I can match his skills. I think I can match him for everything in the game.

"So, yeah, I feel really confident in myself at the minute. I feel good. I feel that all I need to do is move up to welterweight. But I have a little bit of time to develop into the weight, and it’ll suit me.

"My natural size and strength will then not be taken as a hindrance [while] making the 140-pound limit again.

"I’ll be really full and can afford to put on a little bit of strength as well, so yeah, it’ll suit me down to the ground.”