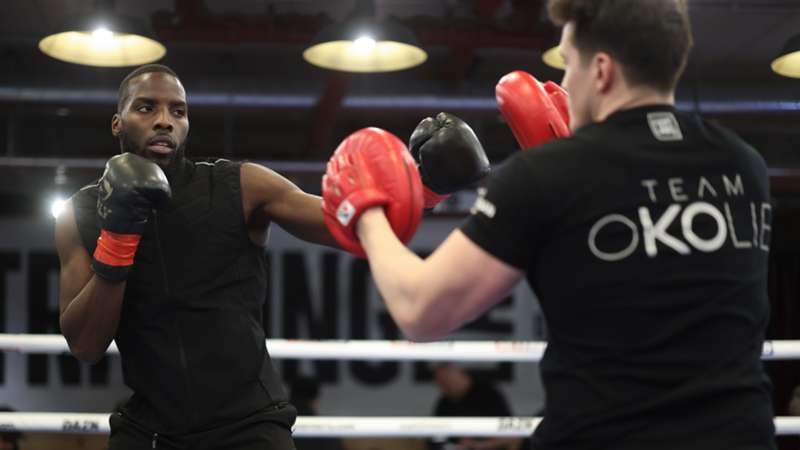 WBO world cruiserweight champion returns to action this weekend when he takes on Poland's Michal Cieslak live on DAZN (except Australia and New Zealand).

If Okolie does get past Cieslak at London's O2 Arena and fails to secure a unification fight, there is a chance the former Olympian could move up to heavyweight.

This move up in weight could set-up some interesting domestic clashes with the likes of Anthony Joshua and Tyson Fury.

"Even if I wanted to, my mum wouldn’t let me fight him so that one there is a non-starter," Okolie said.

But when it came to going head-to-head with WBC world heavyweight champion Tyson Fury, Okolie believes it could be an interesting fight in terms of styles and tactics.

"I sparred him years ago, I think he’d find it hard to land clean shots against me, and I’d be trying to nick these body shots, nick a shot here, nick a shot there, force him to come and get me.

"We’ll see what happens then."

Watch the full interview with Okolie where he talks about potential fights with the likes of Dillian Whyte, Deontay Wilder and more on DAZN.