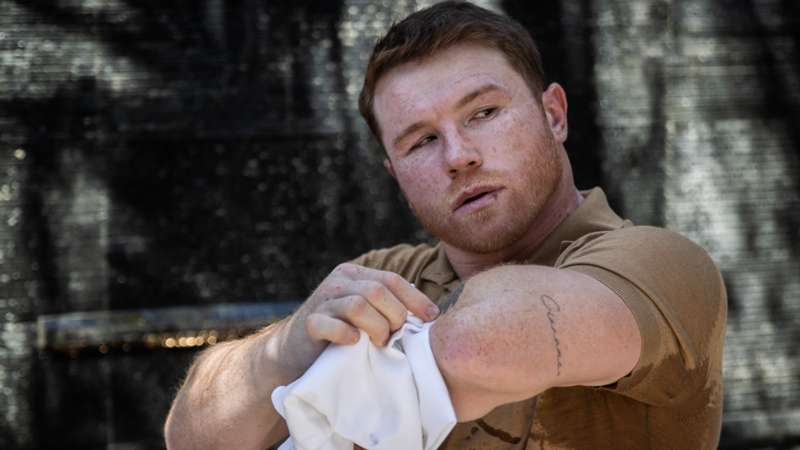 The Mexican revealed he is willing to face the Internet star while preparing for his November 6 fight with Caleb Plant.

Saul 'Canelo' Alvarez is currently boxing's biggest star, but there is one man who wants to take that title away from him and that is YouTube sensation Jake Paul.

Whilst preparing for his undisputed super-middlweight title fight against Caleb Plant on November 6, Canelo was asked whether he would be willing to face Paul in the near future.

“We don’t know,” Alvarez said in an interview with FightHype.com at his San Diego gym.

Ever since he became a professional nearly two years ago, Paul has brought a new set of eyes to the sport and has never been afraid to call out some of boxing's biggest names, including Canelo.

When asked about what Paul could improve, the WBA, WBO and WBC 168lb champion gave a vague response.

"I’m not going to say I don’t like or I like. Everybody has his [own] personality. So it’s good."