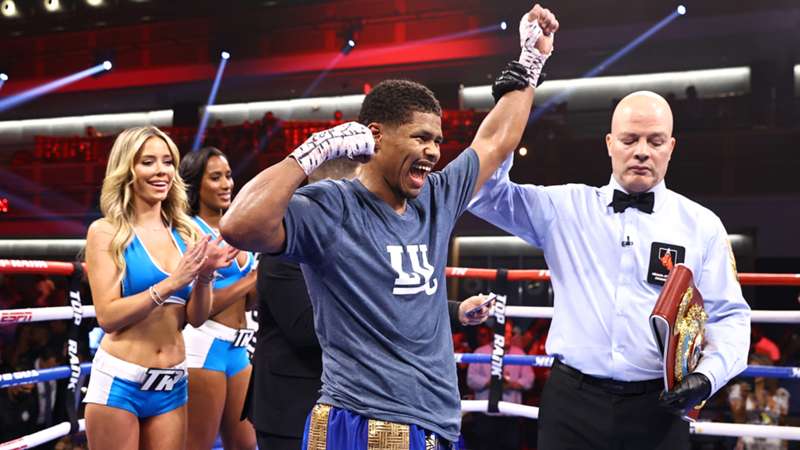 The super featherweight won at the weekend, but some were unconvinced.

Eddie Hearn believes that Shakur Stevenson’s win over Jeremiah Nakathila at the weekend was not the right fight to show his full talents.

Stevenson became the WBO interim super featherweight champion as a result of the victory, but the unanimous decision performance was not favourably received by some observers.

Speaking to the DAZN Boxing Show, Hearn believed that a different opponent would have been a better match-up.

“You can’t compare Shakur Stevenson fight to Haney-Linares,” he began.

“The truth is Shakur Stevenson is an outstanding talent, a potential future pound-for-pound star. But he does have the style that he’s not entertaining against a certain style of fighter.”

Hearn believes a more challenging opponent would bring the most out of the new title holder.

“That guy wasn’t good enough, he didn’t believe he could win, he didn't try to win and Stevenson did what he does. But you’ll see the best of Shakur Stevenson when he’s against the right style.

“He’s never going to be Arturo Gatti or Mickey Ward, and letting sparks fly. He’s more of that Andre Ward mode, it’s a good way to be for a fighter. Sometimes the crowd doesn’t like that.”