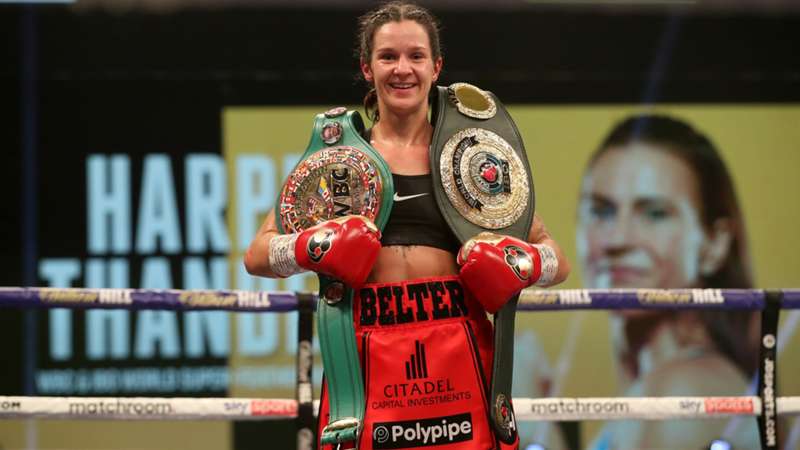 Watch Harper vs. Baumgardner on DAZN

The WBC and IBO super-featherweight champion told DAZN News women’s boxing is the healthiest it’s ever been and is open to participating in a 130lb future tournament.

Ahead of her long-awaited return to the ring on November 13th against Alycia Baumgardner in Sheffield, a fight being broadcast exclusively on DAZN, Terri Harper discussed the current state of women’s boxing.

The WBC and IBO world super-featherweight champion has endured a year of frustration after a hand injury cancelled a potential unification fight last May, but when speaking to DAZN News, Harper had plenty of praise for Matchroom and the work they do for women’s boxing.

“Matchroom are doing great things for women’s boxing by putting us on these big cards,” Harper told DAZN News, but she did concede more needs to be done.

“There’s a lot more that could be done, but these top broadcasters like DAZN are doing their part and really pushing women’s boxing.”

“It’s a really great time to be a part of it and paving the way for the next generation.”

Harper also revealed that she is open to participating in a super-featherweight tournament similar to Matchroom’s Road to Undisputed, which gets underway at London’s O2 Arena Saturday with WBC super-lightweight champion Chantelle Cameron taking on the IBF title holder Mary McGee.

“There was talk about the first ever women’s super-series, I was saying to Andrew [Bulcroft, Harper’s manager] ‘get me in that tournament’,” Harper said.

“It’s all gone a bit quiet, but these tournaments are good because the best fight the best.”

“Maiva Hamadouche and Mikaela Mayer are fighting next weekend, it will be great to watch that and see how it pans out. Then, my goal is to have this comeback fight and become the undisputed champion.”

Watch Harper vs. Baumgardner on November 13th exclusively live on DAZN. (Except AUS and NZ)