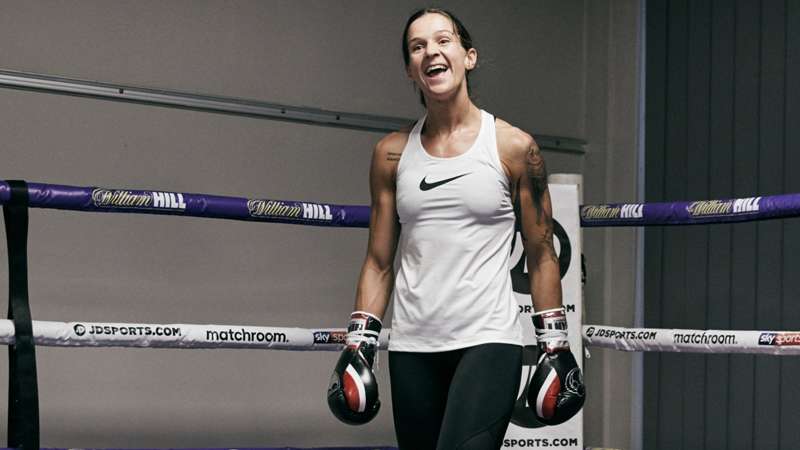 Watch Harper vs. Baumgardner on DAZN

Terri Harper is looking to return to the women’s top 10 pound-for-pound rankings and wants to keep active after a year out of the ring.

Before her injury, Harper was a mainstay on the DAZN News female boxing pound-for-pound rankings, but a year away from the ring has seen her drop out of the top 10, but this is something that doesn't bother the Doncaster fighter.

“I don’t get too caught up in that, the most important thing is that I’m out there fighting and put on good performances for the viewers and my fans watching,” Harper told DAZN News when asked about not featuring in the site’s most recent pound-for-pound list.

“It’ll be nice to get back on the list.”

“It’s great to see my name up there and that’s when it sinks in that I’m up there with the best in the world.”

As well as cementing herself as one of the world’s best, Harper is looking to keep active following her fight against Baumgardner and believes a unification fight is not too far away.

“The unification fight is going to come around a lot sooner than everyone thinks,” Harper revealed to DAZN News.

“I’ve got my mandatory screaming Elhem Mekhaled out that she wants the fight, but when she was offered the fight for November 13th, she came back saying she wanted more time.”

“As soon as I’ve had this fight, I’m going to have a week off and straight back to it. Christmas is cancelled and I’m looking to be back out January/February time.”

“I want to get back on track, I’ve had plenty of time off, I’m fully focused on what needs to be done.”

Harper then shed some light on the frustrating process to find an opponent after her WBC mandatory turned down the opportunity to fight on November 13th.

“We were told the Choi fight was still there for when I came back, but Choi recently had a fight, and they said they wanted more time which was understandable. She wanted a full training camp in America, it was too quick of a turnaround for her, so she said next year.”

“When that fell through, we wanted to get the mandatory out the way, so we offered the fight. That’s when we were left with looking for a respectable opponent, Andrew had put a few names forward, a few offers were made, a couple had declined.”

“I respect Alicia for agreeing to fight at six weeks’ notice.”

Terri Harper defends her WBC and IBO super-featherweight titles exclusively live on DAZN (Except for Australia and New Zealand) on November 13th .