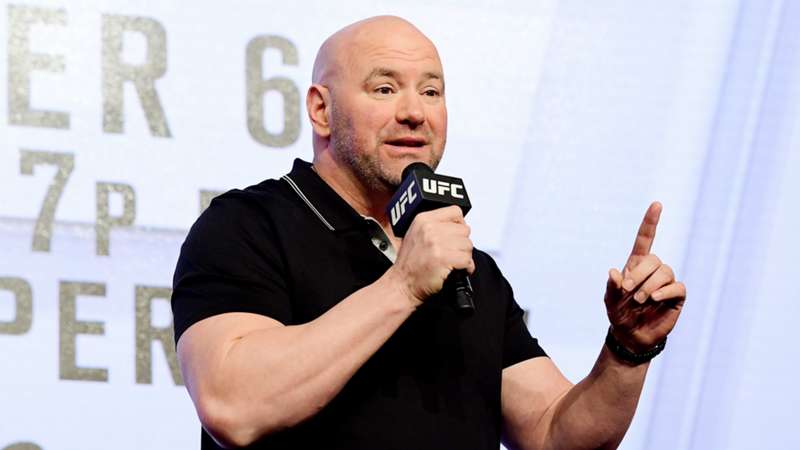 All the details behind the return of UFC 249, which was rescheduled for May 9, and other UFC events.

Dana White tried to make UFC 249 on April 18 happen despite the coronavirus pandemic, but in the end, the show couldn't go on — or at least was postponed for three weeks.

The UFC is back, with its rescheduled UFC 249 card set for Saturday, May 9, in Jacksonville, Fla., headlined by Tony Ferguson vs. Justin Gaethje.

The card finally has arrived after a full month of rescheduling because of the impact of coronavirus.

On April 9, White told ESPN's Brett Okamoto that UFC 249 and all other UFC events were being postponed indefinitely.

"Today, we got a call from the highest level you can go at Disney (ESPN's parent company), and the highest level at ESPN ... and the powers that be there asked me to stand down and not do this event on Saturday," White told Okamoto.

Later in April, White announced the cancellation of UFC Nebraska (April 25) and UFC Oklahoma City (May 2).

However, White was finally able to find a venue to hold UFC 249, and put together a stacked card for VyStar Veterans Memorial Arena in Jacksonville.

Here are the details of why previous events were canceled, as well as the schedule for the new UFC 249.

Why was UFC 249 postponed and other UFC events canceled?

In short, UFC 249 and other UFC events were postponed due to health and safety concerns brought on by the coronavirus pandemic.

On Monday, April 6, White said that UFC 249 was "100 percent" happening, with the main event confirmed as Tony Ferguson vs. Justin Gaethje for the interim lightweight title and a stacked card built around it. Gaethje was replacing the UFC's reigning lightweight champion, Khabib Nurmagomedov, who was stuck in his native Russia due to COVID-19 travel bans.

However, things took a turn just three days later on Thursday, when the UFC began feeling pressure from Disney and ESPN, which streams UFC events. U.S. Sen. Dianne Feinstein also expressed concern about the event. Although White was set to hold UFC 249 on the tribal land of the Tachi Palace Casino Resort near Fresno, Calif. (White had booked that venue after not being able to hold the event in Brooklyn), Feinstein strongly urged the company to reconsider amid the global pandemic.

"I'm concerned by reports that Ultimate Fighting Championship plans to hold a pay-per-view event in California, in defiance of the state’s shelter-in-place order," Feinstein, D-Calif., said in a press release that Thursday. "This event would involve dozens of individuals flying to California and driving to a casino for a purpose no one can honestly claim is essential.

“I understand this event is scheduled to take place on tribal land and therefore is not subject to state law," she continued. "However, at best this event ties up medical resources and sends a message that shelter-in-place orders can be flouted. At worst, participants and support staff could carry the virus back to their home communities and increase its spread.

"I call on Ultimate Fighting Championship and the Tachi-Yokut Tribe to reconsider this event and delay it until a later date. We have to be responsible and mindful of all local, state and federal public health guidelines. Going ahead with this event is not the right move."

At the end, the pressure and safety concerns were just too high, and White had to postpone UFC 249 and the company's other planned events.

When will the UFC return?

While announcing the postponement of UFC 249, White insisted that the card was being postponed and not canceled.

Although UFC Nebraska and UFC Oklahoma City were canceled for April 25 and May 2, White targeted a May 9 return for UFC 249 — and that became official on Friday, April 24, with the UFC announcing an updated fight card, being held in Jacksonville, Fla.

UFC 249 will be held without fans in attendance.

In a statement, ESPN, which broadcasts UFC events, said, "Sports play an important role in people's lives and can bring moments of escape in challenging times. We look forward to bringing UFC to fans again."

White has been working to get fighters back into the Octagon as soon as possible, and that's happening with the May 9 card.

May 9 was originally supposed to be the date for UFC 250 in Sao Paulo, Brazil, but the schedule has been overhauled because of the coronavirus pandemic, with UFC 249 now being held on that date at VyStar Veterans Memorial Arena in Jacksonville.

Before Jacksonville was announced as the location, White had previously spoke about the UFC's APEX facility in Las Vegas as a possible site for UFC's return.

“We built the APEX facility next door just in time to save the day from this pandemic,” White said in an email statement to Variety. “Live fights will be produced out of there starting next month and for the foreseeable future.”

White had vowed that the UFC would "be the first ones back" in the sports world. He also has said that he's going forward on building the infrastructure to "Fight Island," although he hasn't revealed its location.

On an Instagram Live video with ESPN, White said that in addition to the May 9 card, there would be UFC events on May 13 and 16, also in Florida. He also announced a card for May 23, and recently said that event would take place in Las Vegas.