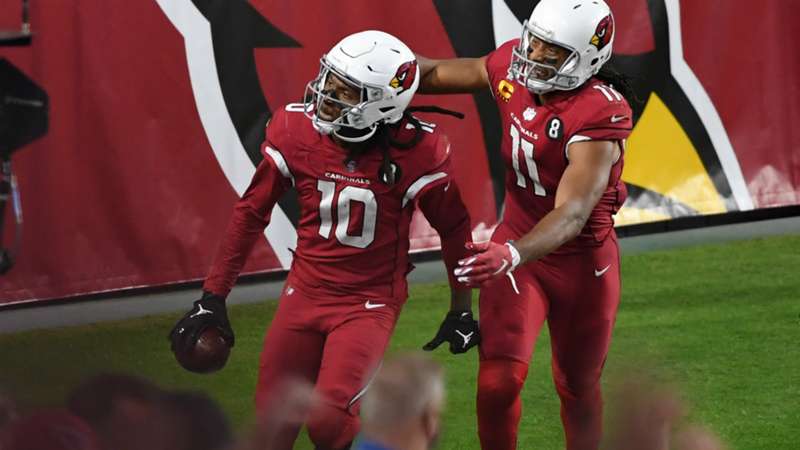 A pair of NFC West teams square off as the Cardinals visit the Seahawks.

The NFC West has been a dogfight all season long, and Thursday's matchup between the Arizona Cardinals and Seattle Seahawks provides an opportunity for two of the combatants to go head-to-head in primetime.

Along with the LA Rams, the Cardinals and Seahawks are embroiled in a three-way tie for the top spot in the division. All three teams sport 6-3 records heading into Week 11, with Arizona in first place thanks to tiebreakers. The Cardinals are riding high after last week's thrilling 32-30 victory over the Bills in which DeAndre Hopkins pulled off a seemingly impossible touchdown catch to seal the comeback.

Hopkins' reception is still the talk of the football world, and the Cardinals can take the emotional high of defeating one of the NFL's best teams into their "Thursday Night Football" showdown against Seattle.

The Seahawks are on the opposite end of the spectrum right now, having dropped three of their last four and squandering their 5-0 start to the 2020 season. The normally high-flying Seattle offence only mustered 16 points in last week's loss to the Rams, which created the logjam at the top of the NFC West.

With that being said, the Seahawks still have the weapons and experience to counter anything the Cardinals can throw their way — as long as Russell Wilson cleans up the turnovers that have plagued his team throughout its slump.

What time is the Cardinals vs. Seahawks game tonight?

Cardinals vs. Seahawks — like every NFL game during the 2020 season — is available on DAZN Canada.

The "Thursday Night Football" game between the Cardinals vs. Seahawks is also available on CTV2, TSN and RDS.

How to stream Cardinals vs. Seahawks for free

The free-trial period would include the Cardinals vs. Seahawks, plus access to all of DAZN's live and on-demand programming, which includes not only NFL games but Premier League, Serie A, Champions League and more.