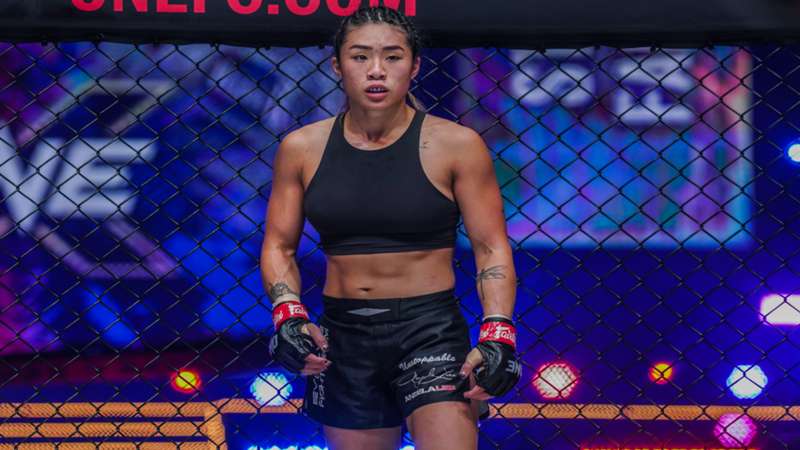 ONE Championship
Check your region for Eubank Jr vs. Benn on DAZN

The score gets settled for the ONE Women's Strawweight title.

ONE Championship holds its next major event on Friday from the Singapore Indoor Stadium in Kallang, Singapore. The main event features a trilogy match as Xiong Jingnan defends her women's strawweight championship against former atomweight titlist Angela Lee.

Jingnan and Lee battled for the gold in March 2019, with the former winning by fifth-round TKO to successfully defend the strawweight title. They met again a little more than six months later, with Jingnan looking to become a two-weight world champion. But Lee had other plans in mind and won by fifth-round submission to retain the atomweight belt.

"I don't see as much improvement in her game since we last fought," Lee told DAZN. "I feel like I've gained a lot more. And I've shown it in my fights."

Now, Jingnan and Lee look to settle the score and see who is the supreme fighter.

"I've fought her twice already and both of them almost going five rounds," Lee said. "We have a lot of history. We know each other pretty well, I'd say. But it's been three years since then, as well. I feel like I've developed and evolved my game and I felt like I showed that in my last fight. I'm excited. I think it's going to be very different this time when we match up. And she's going to be fighting like hell to defend her belt so that makes for a great fight."

Here is everything you need to know about ONE on Prime Video: Jinglan vs. Lee 3.

When is ONE on Prime Video: Xiong Jingnan vs. Angela Lee 3?

The main card is set to get underway at 10 p.m. ET / 3 a.m. BST, with the main event cagewalks scheduled for 12 a.m. ET / 5 a.m. BST. These timings could change due to the length of the undercard fights.

How to watch ONE on Prime Video: Xiong Jingnan vs. Angela Lee 3?

In the United States and Canada, the entire card is on Amazon Prime, which requires a subscription to the service.

Fans outside the U.S./Canada can watch the event at watch.onefc.com or the ONE YouTube channel.

Where is ONE on Prime Video?

ONE on Prime Video: Jingnan vs. Lee 3 will take place at the Singapore Indoor Stadium in Kallang, Singapore.

ONE on Prime Video: Jingnan vs. Lee 3 fight card