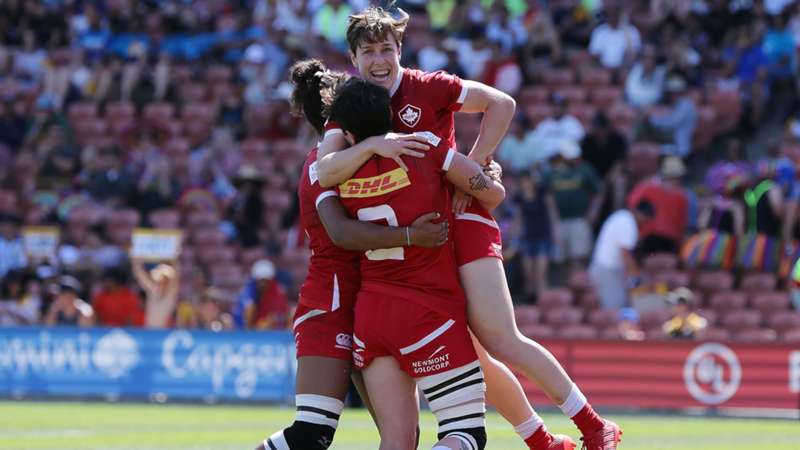 The Canadians aim to reach the podium again.

Is another podium finish in the cards for Canada's women's national rugby sevens team?

The Canadians claimed bronze at Rio 2016, the first Olympics to feature the event. Five years later, the team may be in an even better position to bring home some hardware.

“The opportunity to go to another Olympic Games with this team is very exciting” captain Ghislaine Landry said. “For the last five years, we've been training hard and hunting down podium finishes. I’m proud of our team and I know we are heading into the Games with a ton of talent and huge potential.”

Canada's finished in the top three of all but one season of the World Rugby Women's Sevens Series, and they're coming off back-to-back golds at the last two Pan American Games. For Landry and Co., anything less than a medal in Tokyo would be a disappointment.

Women's rugby sevens at Tokyo 2020: How to watch Canada's games

CBC is the main broadcaster of the Tokyo 2020 Olympics in Canada, with every event livestreamed on CBC.ca. TSN/RDS and Sportsnet will also broadcast some events.