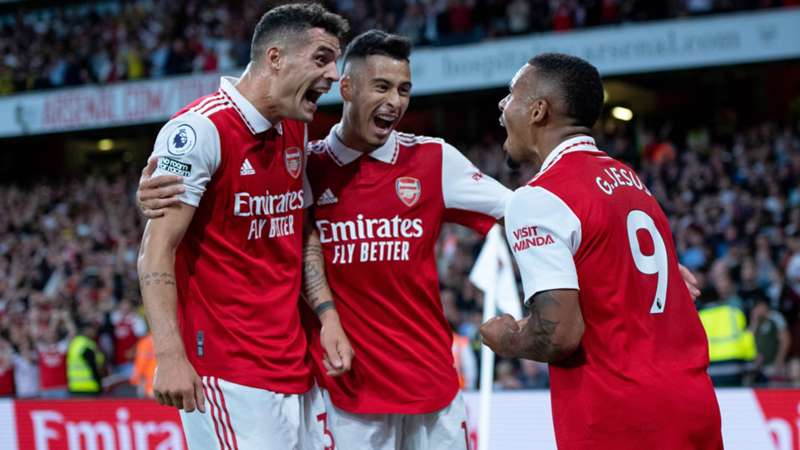 Sebastian Frej/MB Media/Getty Images
Check your region for Canelo vs. GGG 3 on DAZN

Here's the complete fixture list for matchday six of the 2022/23 Premier League season.

After a midweek round of fixtures, all 20 teams face a quick turnaround as the Premier League springs into life once more this weekend.

There are two huge intense fixtures which stand out. First is the Merseyside Derby between Everton and Liverpool at Goodison Park in the early kick off on Saturday.

The Reds will be considered huge favourites after stringing together two consecutive wins and will be looking to make it three against an Everton team which is struggling to find any sort of form.

Then on Sunday, Manchester United take on a revitalised Arsenal. Following a poor start to the season, Erik ten Hag's team have registered three successive wins, but will now come up against an Arsenal team which are yet to lose this season and top the table. After an up and down start to his tenure as Gunners boss, Mikel Arteta's team is now playing with a positive mindset which is also rubbing off on the Arsenal fanbase, something which hasn't been seen in recent years.

Elsewhere, Aston Villa look to pull off the impossible and produce a huge upset against the relentless Manchester City, while Chelsea and West Ham United meet in a London Derby at Stamford Bridge.

Here's the full schedule for matchday six in the 2022/23 Premier League.