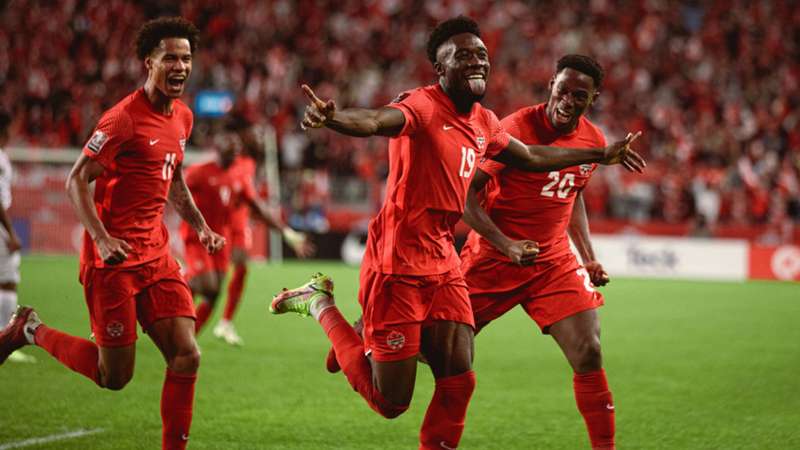 Canada's men's national soccer team returns for its first camp since qualifying in March for the upcoming 2022 World Cup, and the team's biggest star is once again set to don the Maple Leaf.

Alphonso Davies returns to John Herdman's squad for the first time since November, when he helped the Canadians earn wins over Costa Rica and Mexico in his hometown of Edmonton. Unfortunately, Davies tested positive for COVID-19 at the beginning of 2022 and subsequently developed myocarditis, a mild heart condition, that kept him off the field from January until April. The condition forced him to miss several games for Bayern Munich, and he also missed the final six matches of Canada's successful World Cup qualifying campaign.

Fully healthy once again, Davies headlines a 25-man roster for three matches in June. Canada will host Iran in a friendly at BC Place in Vancouver on June 5 before welcoming Curacao to the same venue on June 9 for a CONCACAF Nations League group-stage match. The Canadians then travel to Honduras on June 13 for their second of four total Nations League group-stage matches, with the final two games taking place early next year.

“These are three opportunities to take steps forward with this group of players in preparation for the FIFA World Cup in Qatar,” Canada coach Herdman said. “Every minute together is crucial as we prepare to work collectively to give us the best chance to perform against some of the world’s best on the biggest stage.”

The only uncapped player to earn a call-up is 17-year-old Luca Koleosho, who made his La Liga debut with RCD Espanyol last week.

"There are some areas in the team that we would like to strengthen prior to Qatar,” Herdman said. “We are looking to assess specific profiles of players that can contribute to our tactical approach against tier-one opponents."

Canada is expected to book high-profile exhibition matches in September as the team prepares for its first appearance in the World Cup since 1986.

Canada Soccer’s Men’s National Team have announced their squad for the upcoming series of three international matches in June including the 2022-23 edition of Concacaf Nations League.