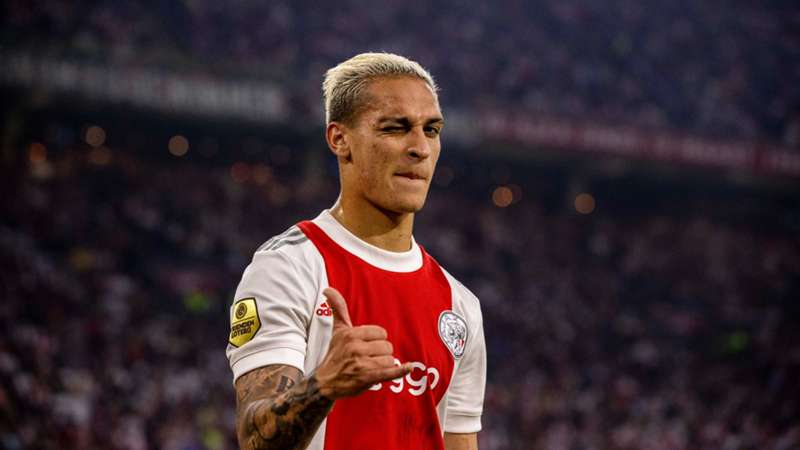 It was a frenzied day of movement across Europe on Thursday.

While not exactly a feeding frenzy of massive deals, the 2022 summer transfer deadline day still saw hundreds of players move to different clubs across Europe on Thursday.

Many big deals were made earlier in the window, but there were still some jaw-dropping transfers finalised on the final day.

Here are the five most expensive moves made on deadline day (as of 11 p.m. BST on Thursday).

The blockbuster of deadline day goes to Manchester United, who reunited manager Erik ten Hag with the Brazilian winger.

Antony was long known as a target for Ten Hag, who worked with the 22-year-old at Ajax. With United's start to the Premier League season a rough one, the calls for a big splash grew louder. And while the Red Devils were able to land longtime Real Madrid midfielder Casemiro on Aug. 22, the biggest splash came on deadline day as Antony became one of the most expensive transfers in club history.

🤳 Straight from the heart. @Antony00 is a RED! 🔴#MUFC pic.twitter.com/wzRA7El4PD

It's a bit surprising to see Real Sociedad among the biggest spenders on deadline day, but the White and Blues have shown a willingness to open the wallet this summer.

Their latest signing is the 25-year-old Nigerian forward Sadiq, who leaves Almeria with a stellar goalscoring record. He's scored in each of his last two La Liga matches, and is now expected to continue his good form at the Reale Arena.

You just knew PSG were going to make a splash on deadline day, and they did just that with their acquisition of Soler.

A 25-year-old midfielder, Soler was a stalwart at his hometown club Valencia over the past six seasons, and he joins a jam-packed PSG midfield that includes fellow newcomers Vitinha, Renato Sanches and Fabian Ruiz.

It wouldn't be a deadline day without Manchester City shelling out for a player, and Thursday brought about the signing of Borussia Dortmund defender Akanji.

The 41-time Swiss international brings a steadiness to a deep City side that will be juggling multiple competitions during an extremely congested pre-World Cup fixture list.

The Foxes find themselves bottom of the Premier League and sporting a second-worst 11 goals against after five matches. Needless to say, they're searching for defensive help.

Enter Faes, the 24-year-old Belgian who joins Leicester from Reims. With Wesley Fofana leaving King Power Stadium for Chelsea, Faes steps in to provide cover at the back.