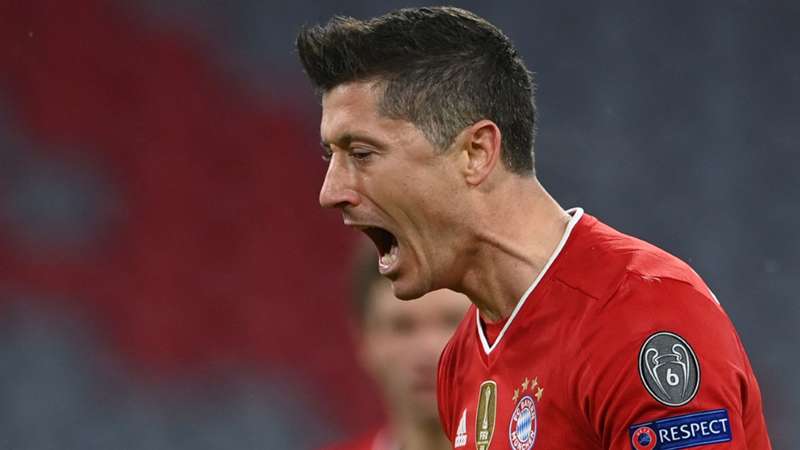 The on-form striker suffered an injury during the international break.

Champions League holders Bayern Munich will be without their top striker for approximately four weeks, the club announced Tuesday.

Robert Lewandowski suffered a knee injury while on international duty with Poland and is now set to miss a crucial stretch of matches for both club and country. Lewandowski scored twice in Poland's 3-0 win over Andorra on Sunday before leaving the match in the 63rd minute. It was later confirmed that the 32-year-old had suffered ligament damage that would keep him from participating in Poland's World Cup qualifier against England on Wednesday.

Robert Lewandowski has suffered sprained ligaments in his right knee. The striker will be out for around four weeks. pic.twitter.com/aK7lPgso3g

Lewandowski has arguably been the best striker in the world over the past two seasons, and he leads the Bundesliga's Golden Boot race with 35 goals (14 goals better than second place). The timeline given by Bayern means he will be unavailable for both of the club's Champions League quarter-final matches against Paris Saint-Germain (April 7 & 13), as well as five Bundesliga fixtures.

DAZN is the exclusive home of the UEFA Champions League in Canada. Click here for a free trial.