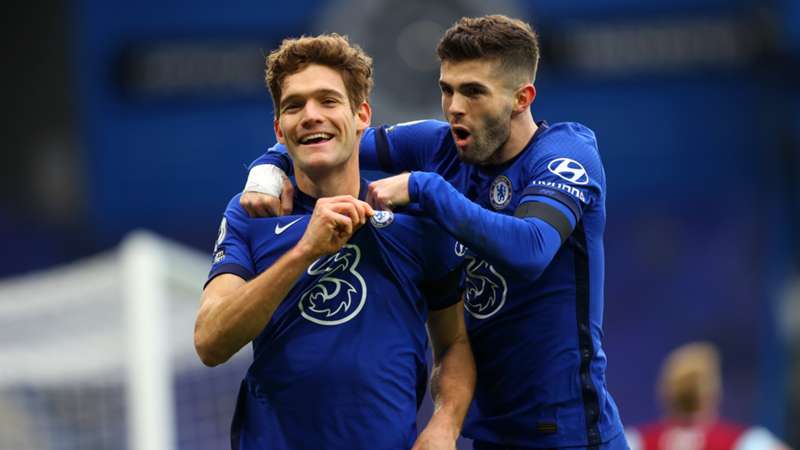 The Group H teams square off in London.

Chelsea will look to join Juventus atop Group H of the 2021-22 UEFA Champions League when the teams meet on Tuesday.

The Blues head into the encounter on nine points after four matches, three behind group leader Juve. The Italian side prevailed 1-0 in the reverse fixture on Sept. 29, and they've remained perfect throughout the group stage so far.

Thomas Tuchel's men look to put an end to Juve's unblemished run when they host the Bianconeri at Stamford Bridge on Tuesday, and they'll have some reinforcements available.

"Timo [Werner] feels good, he was in training [Sunday], he’s back in the squad again, and Mateo Kovacic is still out," Tuchel said on Monday while also noting that midfielder Jorginho will also be available after leaving the weekend's 3-0 win at Leicester City early along with Werner.

One player who may not see the field is Romelu Lukaku. The striker exited Chelsea's last Champions League match with an injury and he's been out of action in the three weeks since.

It may still be too early for Lukaku's return.

Whomever is in the lineup for Chelsea will be fighting against recent history, as Juventus has gone undefeated (2W, 2D) over their last four meetings in Europe.

Here's everything you need to know about Tuesday's match:

Chelsea vs. Juventus: What time is kick-off?

The match kicks off at 3:00 p.m. ET at Stamford Bridge in London.

How to watch Chelsea vs. Juventus: TV channel, live stream in Canada

Chelsea vs. Juventus, like all Champions League matches, is available exclusively on DAZN in Canada.

Can I watch Chelsea vs. Juventus for free?

How much does Liverpool vs. Atletico Madrid cost on DAZN?