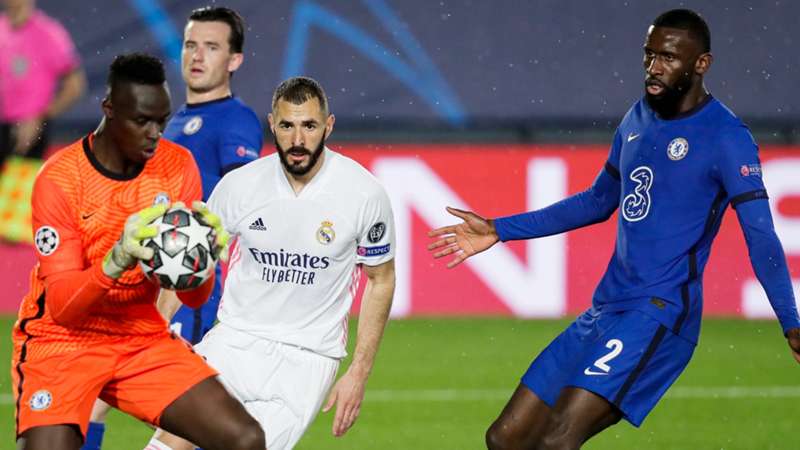 The teams are tied on aggregate ahead of Wednesday's decider.

Chelsea return to London with the slightest of advantages for the second leg of their 2020-21 Champions League semifinal against Real Madrid.

The teams drew 1-1 in last week's first leg in Madrid, with Christian Pulisic and Karim Benzema scoring for their respective sides. There was little to separate the teams off the scoreboard as well, with Madrid holding a 51-49 possession advantage while Chelsea were tops in shots (11-9).

Fans can expect another hotly contested match on Wednesday at Stamford Bridge, with both teams in good form domestically and having everything to play for in the second leg. The Blues' away goal puts them slightly ahead — especially if the game follows the same course as last week's — but they'd be in good stead by leaving nothing to chance with an early goal, forcing the Spanish giants to open up.

Here's everything you need to know about Wednesday's second leg:

Chelsea vs. Real Madrid: What time is kick-off?

The match kicks off at 3:00 p.m. ET at Stamford Bridge in London.

How to watch Chelsea vs. Real Madrid: TV channel, live stream in Canada

The Champions League semifinal encounter is available exclusively on DAZN in Canada.

DAZN is not a linear channel but is a global live sports streaming service. It has the streaming rights for the Champions League, Europe's top club soccer competition. All remaining Champions League matches of the 2020-21 season will be shown on DAZN Canada.

Can I watch Chelsea vs. Real Madrid for free?

How much does Chelsea vs. Real Madrid cost on DAZN?

The subscription gives users access to all live and on-demand Champions League content, as well as DAZN's additional programming, which includes other major European soccer leagues (Premier League, Europa League, Serie A) as well as other live sports.