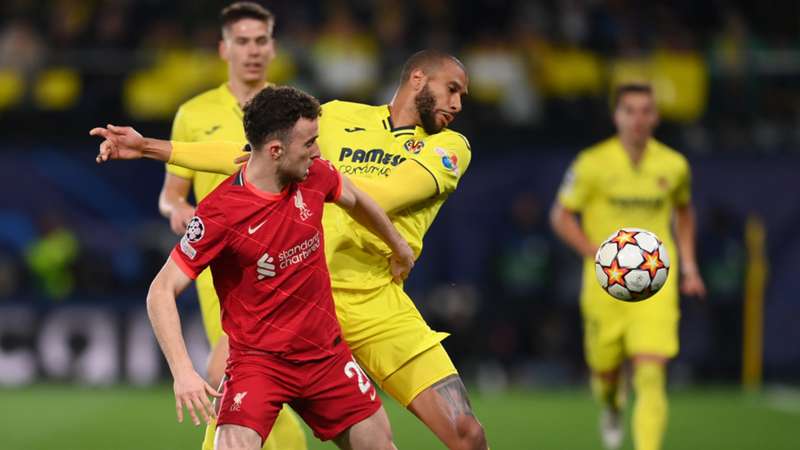 A strong second half by the Reds undid the Spanish side.

The clock struck midnight on Villarreal's Cinderella run through the 2021-22 UEFA Champions League, as the Spanish side was eliminated by Liverpool following the second leg of their semi-final.

After famously dispatching of Juventus and Bayern Munich in the lead-up to their two-legged semi with Liverpool, the Yellow Submarine put a scare into the Premier League giants at the Estadio de la Cerámica on Tuesday but couldn't hold off the juggernaut that are Jurgen Klopp's Reds as Liverpool won 3-2 on the night (5-2 on aggregate).

With Liverpool having won the first leg 2-0, Villarreal needed a pair of goals just to even the tie, and they got them before the halftime break as Boulaye Dia and Francis Coquelin found the back of the net for the hosts with their team's only two shots on target of the match. It appeared as though destiny would again smile on the Spanish club, as Liverpool were frustrated for the duration of the first half in the face of an unlikely elimination.

However, the balance of power shifted firmly to the visitors in the second half, thanks in large part to some shaky goalkeeping by Villarreal's Gerónimo Rulli. Liverpool started the second half the on the front foot and maintained that dominance until the final whistle, and they were rewarded massively for their play.

Staring down the possibility of extra time, the Reds made sure that the tie was decided within the 90 minutes, with Fabinho getting his side on the board just after the hour mark with help from Rulli. The Liverpool midfielder gathered to the goalkeeper's left and unleashed what appeared to be a low-percentage effort from 12 yards out that travelled directly through Rulli's legs and into the back of the net.

Five minutes later, Luis Diaz would also put the ball between the Villarreal 'keeper's legs, although the headed effort was from point-blank range after Diaz was left all alone to receive a cross and score.

The match and tie were then put truly out of reach in the 74th minute when a long ball into the Villarreal half was misplayed 40 yards from goal by Rulli, leaving Sadio Mané to pounce before easily slotting home from just outside the penalty area.

Villarreal were left stunned by the turn of events and a frustrated Étienne Capoue was sent off after being shown his second yellow card of the night on an ill-advised challenge five minutes before full-time.

Liverpool now await the winner of the Real Madrid-Manchester City semi-final tie, which will be decided with Wednesday's second leg.