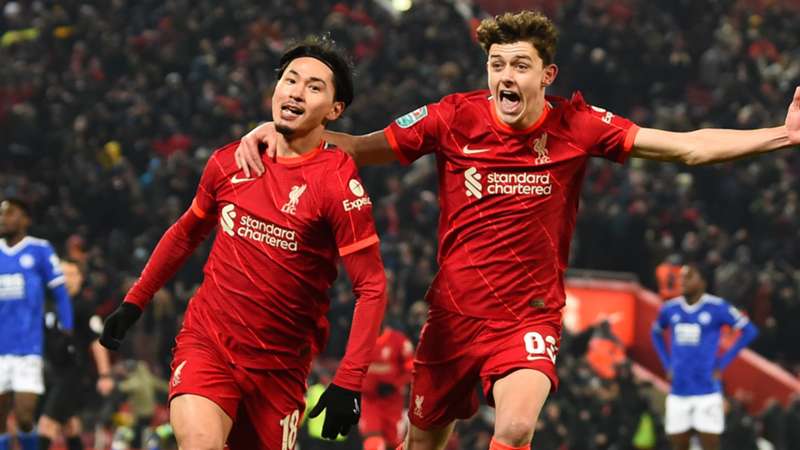 The heavyweights clash Thursday, live on DAZN in Canada.

It took an extra week to get here, but Liverpool and Arsenal will kick off their two-legged 2021-22 Carabao Cup semifinal on Thursday at Anfield.

The first leg was initially scheduled for last week in London, but COVID-19 concerns within the Liverpool squad forced a postponement. So while Tottenham and Chelsea have already completed their two legs with the Blues advancing to the final, the Reds and Gunners are only now getting to the business of determining the other team that will move on to February's championship match.

Liverpool brings a substantial mental edge to the contest, having easily dispatched Arsenal 4-0 when the teams last met in November in the Premier League. However, manager Jurgen Klopp doesn't want his players entering Thursday's game overconfident, especially as Liverpool will be missing star attacking duo Sadio Mané and Mohamed Salah through international duty.

"Arsenal were in a good moment then [ahead of the last meeting between the sides] and are now in a maybe even better moment result-wise," Klopp said. "They play really exciting football, [Arsenal boss] Mikel [Arteta] is doing an exceptional job there, having a lot of young boys in, this front three plus [Alexandre] Lacazette which they usually play, is really exciting to watch, good set-up, clear idea.

"I think they improved a lot between then and now, even when they were already good then. We just played a really good game against them, and that’s the team we will face, so that’s a tricky draw."

How to watch Liverpool vs. Arsenal in Canada: TV and live stream

Liverpool vs. Arsenal streams exclusively live and on-demand on DAZN in Canada.