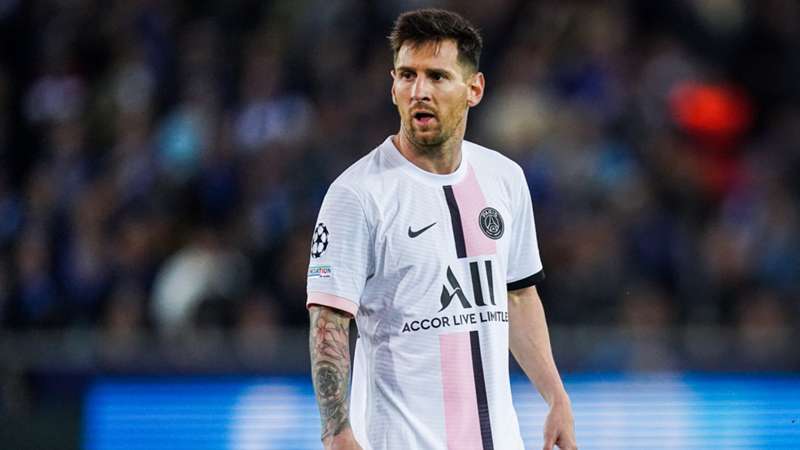 The giants of Group A face off in Manchester.

The penultimate matchday of the 2021-22 UEFA Champions League group stage is filled with compelling games, but none are as enticing as Manchester City vs. Paris Saint-Germain.

The clubs are recognized as a richest in the world — Newcastle United under new ownership, notwithstanding — and they boast some of the biggest star power in the sport today. It's not surprising that they are vying for top spot in Group A, with City holding a one-point advantage over second-place PSG.

Thus, Wednesday's encounter will go a long way toward deciding supremacy of the group.

PSG won the reverse fixture 2-0 on Sept. 28, when Lionel Messi scored his first goal for the club. Now, Messi and Co. head to the Eithad Stadium looking to once again come out on top against Pep Guardiola's side, which will be without influential midfielder Kevin De Bruyne for a second-straight match due to a positive COVID-19 test.

“Unfortunately, Kevin is not available," the City boss said on Tuesday. “I don't know [when his isolation period ends]. We will do another PCR test and then hopefully it will be negative and he will be back.”

Here's everything you need to know about Wednesday's match:

Manchester City vs. PSG: What time is kick-off?

How to watch Manchester City vs. PSG: TV channel, live stream in Canada

Manchester City vs. PSG, like all Champions League matches, is available exclusively on DAZN  in Canada.

Can I watch Manchester City vs. PSG for free?

In Canada, DAZN offers new customers a free 30-day trial period. You can learn how to sign up for a free trial here .

How much does Manchester City vs. PSG cost on DAZN?