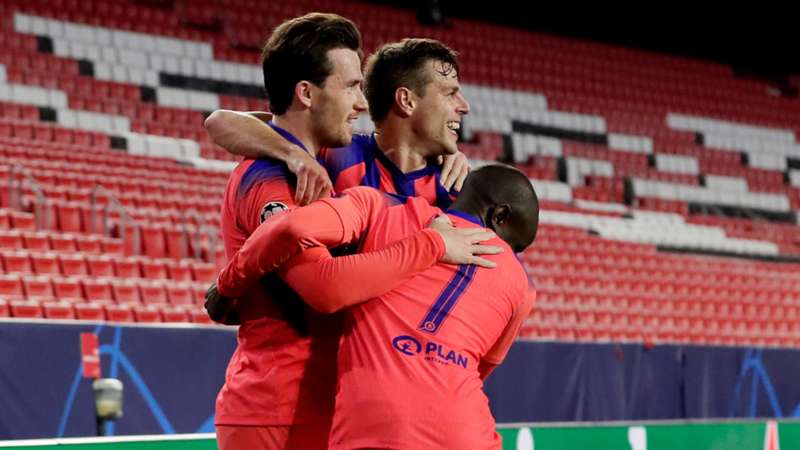 The Premier League side will return to London with a two-goal advantage.

Porto will have a mountain to climb next week after falling 0-2 to Chelsea in the first leg of the Champions League quarterfinals on Wednesday in Seville, Spain.

Mason Mount and Ben Chilwell notched goals for the visitors — the match was played on neutal ground due to COVID-19 travel restrictions — as Chelsea earned another big victory under manager Thomas Tuchel.

In the first half, the Portuguese side had most of the chances while the Premier Leaguers had the possession as Porto ceded the ball but looked to hit on the counter. Boasting 65 percent of the first-half possession, chances came few and far between in the opening 45 minutes for Tuchel's men, but they made the most of their limited opportunities as Mount scored on his team's first shot on target.

The 32nd-minute strike was the result of some good play between Mount and Jorginho, who supplied the pass that the 22-year-old received beautifully before firing home.

A lovely turn by Mason Mount allows him to clear the defender and put Chelsea ahead! 👏 pic.twitter.com/F5AhGQb9cm

Little would change in the second half as Chelsea enjoyed most of the ball and proved far more deadly in the final third. Chilwell put the match — and perhaps the tie — on ice five minutes from fulltime after forcing a turnover by the Porto defence then deftly rounding the 'keeper for an easy tap-in.

The teams meet again April 13, at the same venue, for the deciding leg.

DAZN is the exclusive home for the UEFA Champions League in Canada. Click here to sign up for a free 30-day trial.