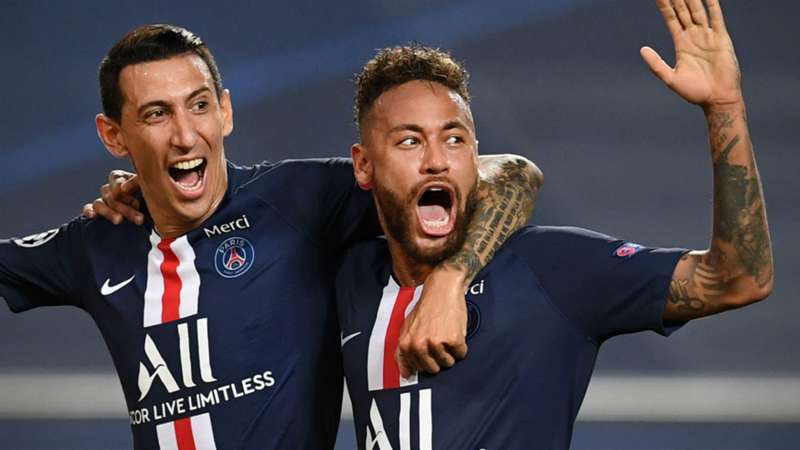 RB Leipzig was outclassed from the opening whistle as Paris-Saint Germain booked its ticket for Sunday's championship match.

Despite some spirited play by RB Leipzig in Tuesday's UEFA Champions League semifinal, the class of Paris Saint-Germain shone through as the Ligue 1 giant eased to a 3-0 victory. Shots were 14-14, but that's all that was even in the match as PSG showed precision in attack to consistently slice through a determined Leipzig defence.

Goals by Marquinhos, Angel Di Maria and Juan Bernat propelled the Parisians to victory, but it was the dual threat of Kylian Mbappe and Neymar that really made the difference between the two sides. PSG's two most expensive signings looked like bargains throughout the contest as they terrorized the Leipzig backline from the opening whistle.

Additionally, Di Maria's presence following a one-match suspension forced the German side to divide its attention as the finely-tuned PSG attack looked in midseason form for long stretches.

It all proved too much for the upstarts from Leipzig, who were playing in their first Champions League semifinal.

PSG moves on to Sunday's final — the club's first — against the winner of Wednesday's Bayern Munich vs. Lyon clash.

4:45 p.m. - 🔁 Mbappe and Di Maria make their exit as Choupo-Moting and Sarabia enter for a late cameo. Less than five minutes in regulation time remaining.

4:41 p.m. - 🔁 Both teams make changes. Orban replaces Klostermann for Leipzig. PSG brings on Draxler and Verratti for Paredes and Herrera.

4:40 p.m. - The game has really stretched out now as Leipzig looks for a goal.

4:38 p.m. - 🟡 Halstenberg is cautioned after a tackle on Neymar sends the PSG attacker flying.

4:35 p.m. - SAVE! Angelino stings the palms of PSG's Rico after a good spell of possession by RB.

4:31 p.m. - Gulacsi is forced into a pair of good stops as PSG continues to press forward.

4:20 p.m.- 🟡 Laimer is show a yellow after going right through Kimpembe inside the PSG area. That's a frustration foul.

4:19 p.m. - Poulsen gets a decent shot off from the top of the PSG box but it's straight at the 'keeper.

4:12 p.m. - Forsberg gets off a good strike from outside the box that sails a yard high. It's been a good start to the half for Leipzig, but PSG seems very comfortable right now.

4:04 p.m. - 🔁 Leipzig makes a pair of changes to start the half, as Nkunku and Olmo make way for Schick and Forsberg.

3:47 p.m. - 🟡 The first booking of the game goes to PSG's Kimpembe for blocking a pretty obvious run by RB attacker Olmo.

3:44 p.m. - CLOSE! Mbappe shows his pace and skill to get free down the right before squaring the ball across to Neymar. The Brazilian hits it first time but it's just wide. This game could get out of hand quickly if Leipzig can't get a handle on it.

3:42 p.m. - ⚽️ GOAL PSG! An awful clearance by Gulacsi gifts PSG with the ball 35 yards from goal. The ball goes in to Neymar, who flicks it on to Di Maria for a quick finish to the RB 'keeper's left. PSG 2, Leipzig 0.

Oh that's a gift from Péter Gulácsi, and Di María converts the chance to put PSG 2-nil up! pic.twitter.com/f4gLKca1gj

3:40 p.m. - It's been all PSG over the past few minutes as the Parisians confidently stroke the ball around with ease. To RB's credit, this possession advantage hasn't led to many opportunities for PSG.

3:34 p.m. - POST! Neymar strikes the outside of the post on an ambitious 35-yard bomb off a free kick. The PSG star saw the RB 'keeper cheating off his line and tried to catch him off-guard. That nearly worked.

3:25 p.m. - CHANCE! An industrious run down the right flank by Lainer leads to a good cut-back to Poulsen, who side foots it just wide of the near post. That's the closest RB has gotten so far.

3:20 p.m. - Thiago Silva was briefly down and receiving treatment after receiving a blow to the face, but he's back on his feet and has re-entered the pitch.

3:16 p.m. - SAVE! Gulacsi does well to meet a charging Mbappe and defelect a point-blank chance wide. That may have been offside, but it doesn't matter as it stayed out of the net.

Marquinhos scores for the second straight match and PSG take an early lead in the semi-final! pic.twitter.com/zLmxQFUMXa

3:07 p.m. - Now Neymar puts the ball into the net but the goal is ruled off due to a hand ball in the build up. The PSG forward blocked a clearance with his hand.

3:06 p.m. - POST! Neymar rings one off the upright after Mbappe hits a clever throughball to send the Brazilian in on goal. Credit to the RB 'keeper who stood his ground long enough to get enough of a deflection to steer the ball to the post.

3:03 p.m. - RB gets a half-chance, but Nkunku's shot from 12 yards is blocked by his own teammate and the ball bounces slowly into Rico's hands.