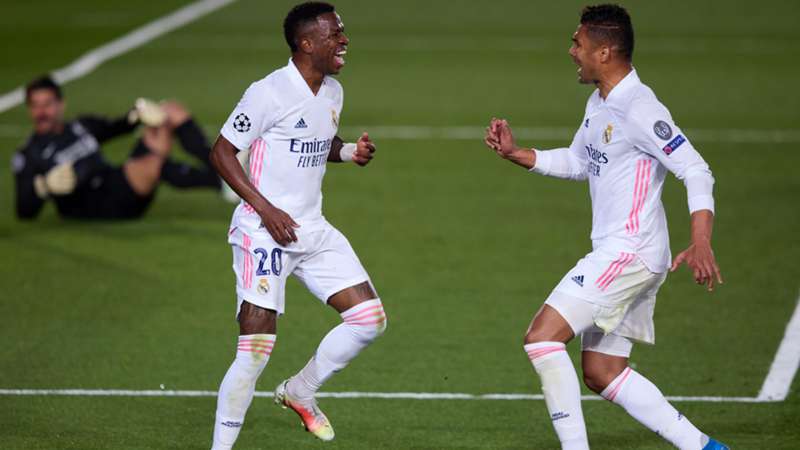 Manchester City will take a slight advantage into the second leg of their Champions League semi-final tie with Real Madrid knowing that they'll need a near-perfect performance at the Santiago Bernabeu to advance to the final.

The Sky Blues claimed a 4-3 victory at home in last week's first leg, and they'll look to maintain that same standard on Wednesday.

“I think if we play the way we played last week, we have the potential to be one of the best teams but we have to show that,” City midfielder Kevin De Bruyne said.

“If we play below that, Madrid can win because they are also one of the best teams and the quality they have is amazing.

“But I back my team to perform at the high level needed to win the game [Wednesday]."

Pep Guardiola noted the parallels between City and Real, with both looking to cap off fine domestic campaigns with continental success. He agreed with De Bruyne's assessment that City will need to play at least as well, if not better, than they did in the first leg if they are to move on.

“We are two good teams. We saw it a week ago when we played. They are champions of Spain. We are trying to be champions [of England],” the City manager said.

“Both teams are good. I said a week ago we want to win and try and be in another final, for the second year in a row.

“[But there is] no guarantee the same guys will play the same way. I don't know what will happen [Wednesday]. We will try and win the game with the best XI possible."

Real Madrid vs. Manchester City: What time is kick-off?

The match kicks off at 3:00 p.m. ET at the Santiago Bernabeu in Madrid.

Real Madrid vs. Manchester City, like all Champions League matches, is available exclusively on DAZN in Canada.

How much does Real Madrid vs. Manchester City cost on DAZN?