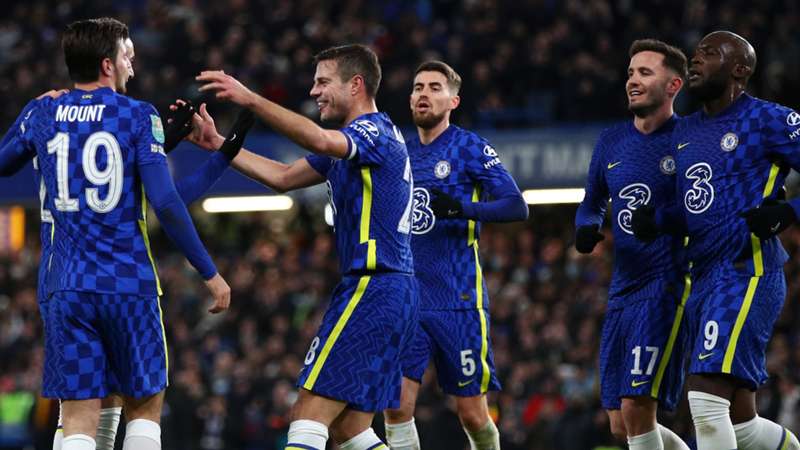 The Blues carry the advantage into Wednesday's second leg, live on DAZN in Canada.

Tottenham Hotspur enters Wednesday's second leg of the 2021-22 Carabao Cup semifinal down a couple of goals and a few players.

After losing to Chelsea 2-0 at Stamford Bridge last week, Spurs will need to open up the attack if they are going to erase the two-goal deficit and advance to Wembley Stadium for the final. However, their task will be tougher given that they may be without some key figures, most notably Heung-Min Son when they host Chelsea on Wednesday.

“Unfortunately we are arriving with some problems, and I think it’s good to make the best decision because we have a couple of cases that if we want to risk (them) for (Wednesday)'s game, we risk to lose players for a long period," Tottenham manager Antonio Conte said on Tuesday. "I think in this moment it’s good to give the right time to recover for the players that are injured and at the same time, there is the possibility, the chance for the players that usually don’t play in the starting XI to show me they deserve more consideration.”

On the other side of the field, Chelsea expects to have most of its squad available, although starters Thiago Silva and N’Golo Kante will be late decisions after returning from COVID-19 isolation.

"We have to wait on last-minute decisions on Thiago and N’Golo," Chelsea boss Thomas Tuchel said on Tuesday. "They have cardiac tests and Covid tests to follow the protocols so we can bring them back to training, so we have to wait to see if they can be involved and then see how they respond.

"It’s a gamble to play them, so I’m not sure if we can do it and how much responsibility we can take there. We have to go step by step. I’m not even sure they will come to training, but if they do, we can decide then."

The match is scheduled for a 2:45 p.m. ET kick-off at Tottenham Hotspur Stadium.

How to watch Tottenham vs. Chelsea in Canada: TV and live stream

Tottenham vs. Chelsea streams exclusively live and on-demand on DAZN in Canada.