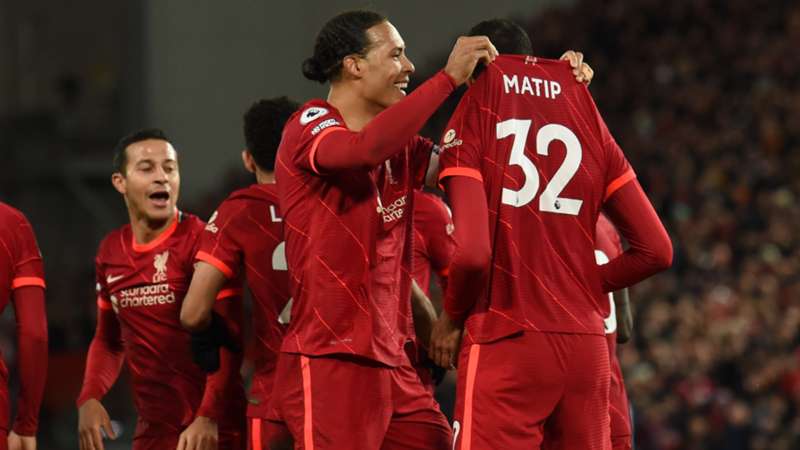 Liverpool hold a 2-0 advantage over Villarreal ahead of Tuesday's second leg of their Champions League semi-final tie, but the Reds aren't allowing themselves to be overconfident.

After seeing what the Yellow Submarine have already done to fellow European giants Juventus and Bayern Munich in this edition of the tournament, Liverpool are approaching the second leg with caution despite their two-goal cushion.

"It's half-time. In the best possible way, you ignore the result from the first game," Liverpool manager Jurgen Klopp said.

"If that would be a cup game, only one game and it would be decided and we have to go to Villarreal, we would try to win there – and that's what we want to try there."

Klopp noted that his Villarreal counterpart, Unai Emery, made several changes to the lineup over the weekend in anticipation of Tuesday's match, including taking two starters off at halftime of their 2-1 La Liga loss to Alaves. That was after Emery had started eight different players from last week's first leg, so it's clear that the Spanish side's focus is fully on the Champions League.

"It will be a tough one, but it's fine, really completely fine, because a Champions League semi-final should be tough and that's absolutely OK," Klopp said.

"We never expected it to be easy. This will not be easy.

Here's everything you need to know about Wednesday's match, including broadcast info and kick-off time:

Villarreal vs. Liverpool: What time is kick-off?

The match kicks off at 3:00 p.m. ET at Estadio de la Cerámica in Villarreal.

How to watch Villarreal vs. Liverpool: TV channel, live stream in Canada

Villarreal vs. Liverpool, like all Champions League matches, is available exclusively on DAZN in Canada.

How much does Villarreal vs. Liverpool cost on DAZN?