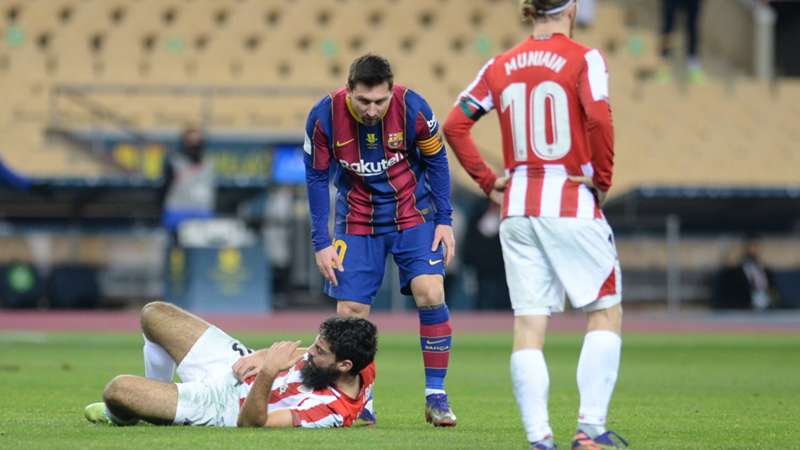 The superstar received the first red card of his Barcelona career on Sunday.

Barcelona star Lionel Messi has been hit with a two-match suspension after being shown a red card during Sunday's 3-2 loss to Athletic Bilbao.

Messi was sent off in the dying moments of extra time in the Supercopa de Espana match after he struck Athletic's Asier Villalibre on the head. The players had come together in the middle of the pitch after Messi dished the ball off to a teammate. The Barca attacker swung his right arm at Villalibre after the Athletic forward blocked his run into the penalty area.

Play continued until the ball went out of play, after which referee Gil Manzano consulted video replay and showed Messi a red card. It was the 33-year-old's first ejection while playing for Barcelona.

Almost immediately after the suspension was announced, Barcelona released a statement declaring its intention to contest the ban.

"FC Barcelona is to appeal the suspension issued to Leo Messi," the statement read. "The Competition Committee announced on Tuesday that the Argentinian’s red card in the final minutes of the Spanish Super Cup Final against Athletic Club shall incur a two-match ban.

"It was the first time that Messi had ever been sent off while playing for FC Barcelona."