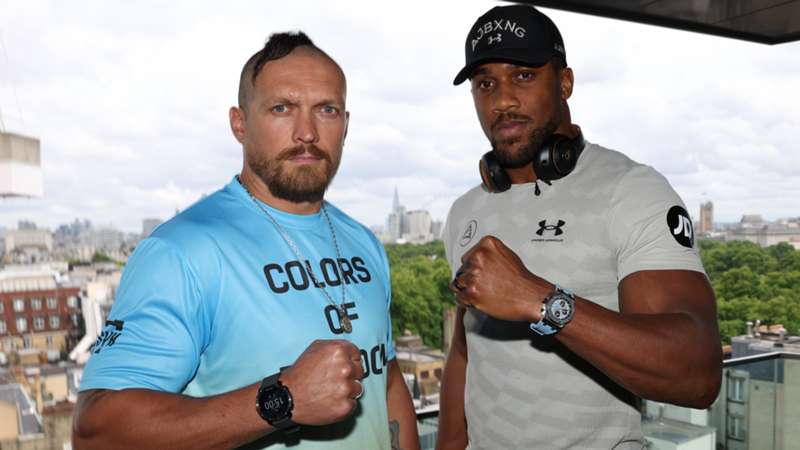 The Matchroom boss spoke to The DAZN Boxing Show at the London press conference for the heavyweight rematch.

Oleksandr Usyk and Anthony Joshua have gone face-to-face for the final time before fight week in Saudi Arabia.

The pair are set to meet in a world heavyweight championship rematch on August 20 and concluded their press tour with a stop in London.

One thing which has interested fans during the recent tour is the size of the unified world heavyweight champion. Usyk is looking a lot bigger compared to when he beat Joshua last September, but this isn't something which concerns promoter Eddie Hearn; he is more worried about the Ukrainian's ability inside the ring.

"I know he’s a lot smaller than AJ, that’s the main thing that concerns me," Hearn told The DAZN Boxing Show.

"I don’t really look at the size of Usyk, I look at the quality of him, pound-for-pound great fighter.

"You’ve got to do something special to beat him and AJ’s going to put that together and beat him."

Unlike the first fight, Robert McCracken will not be in Joshua's corner as head trainer. Instead it will be Robert Garcia and after travelling around the U.S. late last year to find a new trainer, Hearn believes his fighter has made the right decision.

"AJ took his time as he does, got it right. He found someone he believes in and that energy is being seen in the camp," Hearn said.

"Camp is great, mentality is great, it’s just getting in there and making it happen."