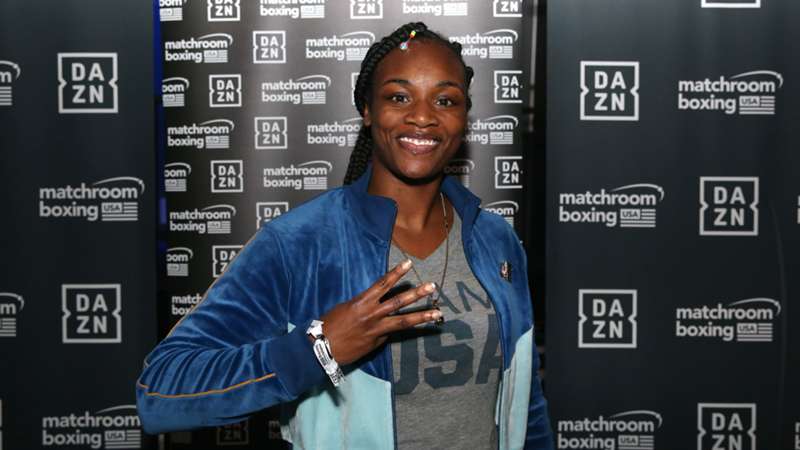 We almost didn't make it to Saturday's fight.

(Editor's note: This article was written before the fight card was canceled because of the passing of Queen Elizabeth.)

One of the biggest fights in women's boxing history goes down on Saturday when Claressa Shields puts her WBA, WBC, IBF, WBF, and Ring middleweight titles on the line against heated rival and WBO titlist Savannah Marshall for the undisputed championship.

But it's a fight that almost didn't happen.

DAZN had learned at the end of April that the bout was initially supposed to happen in July. However, Marshall hadn't signed her part of the contract, and the fight was in question as Shields hadn't heard from Marshall. Then there was the matter of Marshall having surgery, with Shields disputing the validity of the injury and not wanting to wait for a proposed September date as she is going to be competing for the MMA organization, the PFL, by the end of 2022. It was getting to the point that not taking the fight entered Shields' mind process if the date continued to get pushed back.

"Yeah, because my career is all about timing," Shields admitted to DAZN. "This fight was supposed to be (in) July and then maybe August, but now we're back in September. Once again, I fight at the end of the year. I want to give myself a fair chance to win at everything. I'm not just doing MMA just to say, ‘Oh, I can compete with these girls’.

"I want to win, and how can you win if you don't prepare, if you don't have the time to put in the ground game or the jujitsu, the kickboxing, the wrestling? How can you win if you don't put in the time? With my time, I have a whole schedule until the end of the year. And this is when I can get to boxing. This is when I can give to MMA. So with the fight being in September, it did interrupt that a little bit. But I have found a way to make it work. But I let my team, Boxxer and Sky know if it's after Sept. 10, I will not be there. They were talking about Sept. 3. I was like, ‘Sept. 3 sounds lovely. Let's go’.

There's been a lot of back and forth between Shields and Marshall since the latter handed the former her only loss in the professional or amateur ranks in 2012. Marshall has reminded Shields of that whenever she's gotten the opportunity. Shields has fired back with comments as well. But the two-time Olympic gold medalist feels Marshall is speaking in riddles while she's telling the facts.

"She's done a lot of talking," Shields said. "I got the belts. I got the accomplishments. She's the only one talking up (and saying), 'Oh, I'm going to knock you out. I’m going hurt you, and I'm going to outbox you’.

"She's the one doing all that. I'm doing what I always do—letting everyone know that I'm the better skilled. I'm faster than her. I'm stronger than her. I'm a better fighter than her. I think better than her, and I've improved the best over the past ten years, and she hasn't. I’ve proved that over and over again. It's not just talking for me. I'm actually doing it. I got two Olympic gold medals. I didn't just go to the Olympics twice and be an Olympian. I went to the World Championships three times. I got three gold medals there. Now we're talking professionals, three-time division world champion."

From the outside looking in, one would assume that Shields (12-0, 2 KOs) doesn't have much respect for Marshall (12-0, 10 KOs). However, the Michigan native says that isn't the case, even though it doesn't appear to be the case.

"Yeah. I don't know why people think I have no respect for her," Shields. "They should be if she’s got any respect for me for everything I've done in women's boxing. I respect any woman who can bounce back from adversity. She went to the Olympics twice. Didn't even medal. Heartbroken. I lost one time in the amateurs, and my heart was broken. So to see her not only lose in the Olympics but also the World Championships, and then turn pro (and) have a lackluster career.

"Yeah, she's a world champion now, but to be pro five years only have one belt is pretty embarrassing. Especially if you're talking about you can knock somebody out, and you're this, and you’re that. It just doesn't add up. I respect the combat, I guess, like her whole comeback story (on) how she lost, lost, lost, lost. I guess now she's good enough, and it's her time to prove to everyone she's been the best all along. That's her story. But the real story is that I'm the best, and I can beat whoever they put in front of me."