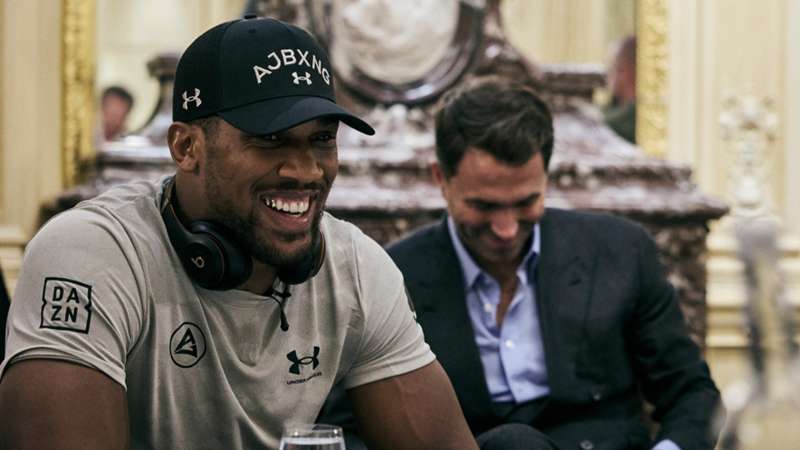 The list is long on who could take on Anthony Joshua.

While there have been conversations about the possibility of Anthony Joshua taking on Tyson Fury, plenty of options remain for the former if the all-British affair fails to come to fruition.

Joshua's promoter, Eddie Hearn, wants Joshua back in the ring in December or the beginning of 2023 with a top-15 opponent preferred to get his fighter back on track after two consecutive defeats to three-belt heavyweight champion Oleksandr Usyk. The names on the list include Dillian Whyte, Filip Hrgovic, Zhilei Zhang, and Otto Wallin.

“The last thing that AJ wants is a gimme fight,” Hearn said on Tuesday's edition of The DAZN Boxing Show. “We’re not interested in gimme fights. There’s got to be an element of risk."

Joshua knocked Whyte out in December 2015. Hrgovic beat Zhang on the Usyk vs. Joshua II undercard in August. After losing to Tyson Fury in a highly competitive fight in September 2019, Wallin's reeled off four consecutive wins.

“Dillian Whyte is not a fight for December, but it is a fight for March and the summer, 100 percent,” Hearn said. “It’s a big stadium fight in the UK. You’ve got Filip Hrgovic, who just won. I think it was a poor performance from him. Zhilei Zhang looked good. Otto Wallin also had a close fight with Tyson Fury.

“Dillian Whyte is a very good fight. I want to give Dillian Whyte a fight in November, and then I would like to make the AJ fight, subject to the Tyson Fury stuff."