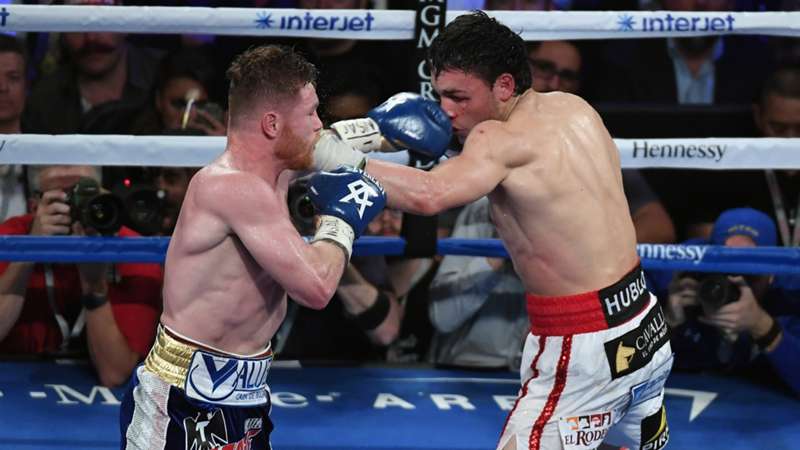 Back in May 2017, Canelo Alvarez fought Julio Cesar Chavez Jr. at a soldout T-Mobile Arena in Las Vegas, with the former winning a lopsided affair in a 164-pound catchweight fight.

Even though he was soundly defeated, Chavez has been highly critical toward Alvarez for moving up to 168 pounds in December 2018, when he scored a third-round stoppage to win the WBA (regular) super middleweight title, and for also jumping to light heavyweight in November, when he knocked out Sergey Kovalev to capture the WBO strap. While he gives Alvarez credit, Chavez feels his rival isn't all that he's cracked to be as one of boxing's top pound-for-pound fighters.

"Canelo is a good fighter, but these days he is extremely overrated," Chavez said to Boxing Scene. "For me and for many, in his last 10 fights, he has had an advantage with weight. In the two fights with Golovkin, he went to a draw and lost [he beat Golovkin by majority decision]. The fight [he had with] Cotto could have been a draw, and they cheated me with the weight ... by weighing me at 9 o'clock and then not being able to eat until 1 in the afternoon, something that has never been seen in history.

"Today, the best boxers in the world are Vasiliy Lomachenko, Terence Crawford, and Errol Spence. All of them are easily above Canelo."

Chavez (51-4-1, 33 KOs) last fought in December and lost to Daniel Jacobs after he refused to come out of his corner for the sixth round. Currently, he's under an indefinite suspension from the Nevada State Athletic Commission for refusing to take a drug test before the bout with Jacobs. At the time, Chavez was able to get a temporary injunction to allow the fight to go on, where it took place in Arizona.  But he returns to the ring on Sept. 25 against the undefeated Mario Cazares in Mexico since the country doesn't have a commission.

Regardless of the circumstances, Chavez wants another crack at Alvarez because he feels cutting all the weight to make 164 pounds deprived him of his strength and energy.

"I would like a rematch at the [appropriate] weight, Chavez said. "Yes, it was difficult to lose, especially when seeing everything that happened. I am completely sure that if I'm at 100 percent and better prepared, I could give a better fight. The first one was very boring, and what I'm saying was noticed [by those watching]. My focus at that time was not on boxing. I prepared myself, but not with the conviction of wanting to be the best in the world."