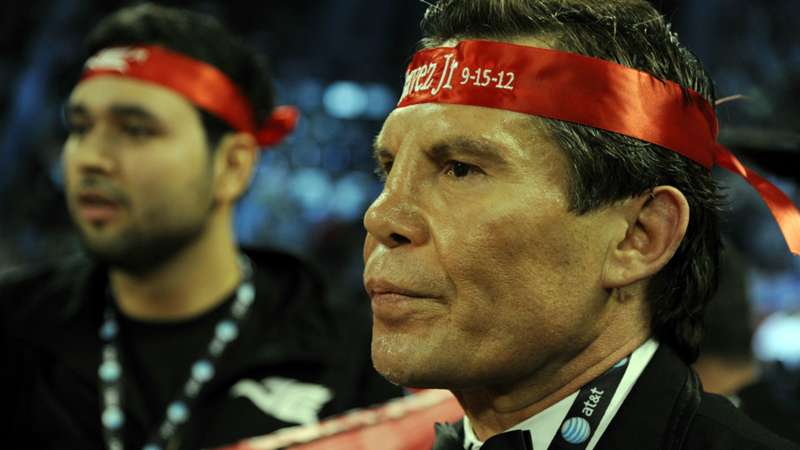 The Mexican legend wants a rematch with "The Golden Boy."

Back in July, Oscar De La Hoya revealed that he's wanting to come back from a 12-year retirement. The caveat was that he didn't want to do any exhibition type of fights like we'll see on Nov. 28 between Mike Tyson and Roy Jones Jr. No one had come out and challenged De La Hoya in any fashion. Until now.

In an interview on ESPN Deportes program Ahora o Nunca, Julio Cesar Chavez Sr. laid down the gauntlet and wants one more crack at "The Golden Boy" before truly riding off into the sunset.

"It would be the last exhibition I would do," Chavez, who faces Jorge Arce on Sept. 25 in an exhibition bout, said on the show. "But I want to do it in front of fans, not without. I want everyone to see the [beating] I'm going to give him."

The 47-year-old De La Hoya and the 58-year old Chavez have battled twice in the professional ranks. They squared off in June 1996 with De La Hoya pummeling Chavez to win by fourth-round TKO to capture the WBC super lightweight championship. A little more than two years later, the Mexican stars met with De La Hoya battering Chavez again to retain the WBC welterweight title successfully.

During his professional career, Chavez was a three-time world champion and compiled a record of 107-6-2 with 85 KOs before retiring in September 2005 after losing to Grover Wiley.

De La Hoya stepped away from boxing after getting dominated from the outset in an eighth-round stoppage loss to Manny Pacquiao in December 2008. The 11-time world champion and 1992 Olympic gold medalist left the sport with a record of 39-6 with 30 KOs.